You wonder what they use for brains 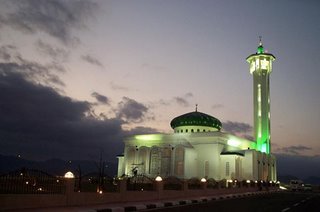 Believe it or not but journalists in the MSM do actually get some training. And they are told the facts of life occasionally. But there are times when you wonder whether they just spend their time sleeping through the training.

Through the invaluable Little Green Footballs we find a story filed by Reuters about events at a Middle Eastern business conference, organized by the World Economic Forum at Sharm el-Sheikh.

It seems that at the press conference the “guest list raised questions”, according to the title of the piece. Questions from whom? Well, the assembled media, of course.

Did they want to know what ideas the 1,200 businessmen had about trying to develop the economies of the Middle East? Goodness me, no. Did they ask how Sharm el-Sheikh was surviving and whether it had overcome the blow it had experienced a couple of years ago of the massive terrorist explosion? Pshaw, such trivialities.

No, what the fourth estate’s finest wanted to know was why had the Forum not invited Iran, Syria and Hamas to the gathering. It apparently had not occurred to any of these people that terrorism is not considered to be legitimate business.

“Klaus Schwab, executive chairman of the World Economic Forum, said he did not want political tensions from any Iranian presence to overshadow the meeting”

Given Iran’s tendency to use every international gathering to promise the speedy destruction of Israel and an equally speedy jihad against all its enemies, which include numerous Middle Eastern countries as well as the West, it is probably sensible not to have them along. They can hardly contribute a huge amount to any discussion on economic development.

The CIA has estimated that for 2005 Iran’s per capita GDP was $8,100, despite as one correspondent on LGF put it, the country sitting on a sea of oil. Given what we know about levels of unemployment and the poverty in many of its regions, this does not sound inaccurate.

Syria, Mr Scwab implied, was invited or, at least, he did not precisely explain what happened there. It is, of course, possible that the organizers decided not to invite either of the biggest terror masters in the region.

What precisely can Hamas, who is busy fighting a civil war with Fatah in Gaza, contribute to a discussion about economic and business matters? On past record, it is likely to be a long whine about how badly they are treated by the whole world, which is not handing over large sums of money for them to buy even more guns and explosives. President Abbas can do that for them.