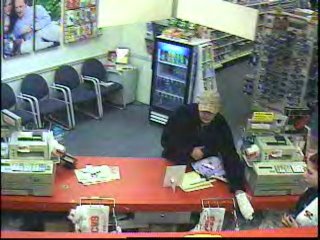 A robbery of mega-million magnitude is normally big news – but not, it seems, if the perpetrators are the government… and the victims are immigrants.

We have heard a great deal of late about illegal immigrants and the failure of the Home Office to deport foreign criminals, but very little is written about that band of legal immigrants, who have made their applications, gone through all the hoops and are here perfectly legitimately, making valuable contributions to the British economy.

But, for want of dealing with the illegals, it is these people that the Home Office is shafting, to the tune of £15 million.

The people affected are those from outside the EEA and include those who have been granted work permits on the "Highly Skilled Migrant Programme". They entered this country through stringent, merit-based immigration schemes and, as part of the schemes, the government undertook that, after four years of continuous contribution to the Exchequer, and not seeking any public funds or benefits, we would be entitled to apply for "Indefinite Leave to Remain" (ILR).

On the 3rd of April 2006, however, the Home Office arbitrarily changed the rules, extending the qualifying period for ILR status from four to five years, not only for new entrants to the schemes, but to existing permit and visa holders.

Thus, the people already in the country, making an active contribution to the economy – many of them in skilled occupations, where there are acknowledged shortages of skills – are finding themselves in the position of having their existing visas and permits running out before they are entitled, under the new rules, to apply for ILR.

And here lies the heist. With no option but to continue with the extra year, the Home Office is demanding one year visa and work permit extensions, at respectively £335 and £153, the total coming to just over £15 million.

According to the Home Office announcement, this change is to “bring our practice for the qualifying period required in line with the European norm”, which means that and administrative diktat is being applied retrospectively to people who can't fight back.

In an attempt to draw attention to this manifest injustice, a group of these immigrants have set up their own website and are attempting to mobilise MPs to support them – with little effect to date.

Clearly, these people have missed the point. If they had turned up without papers and demanded asylum, they could have lived off benefits without a care in the world. But their biggest mistake was to trust this government, so putting their fates in the hands of a gang of thieves.