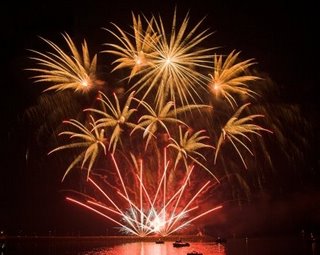 European citizens can hardly contain their joy at the news that Estonia has ratified the EU constitution on this of all days.

It has become the 15th member state do the deed, putting the text to its parliament rather than troublesome people, gaining 73 votes in favour, with one vote against in the 101-seat parliament.

The idea of choosing Europe day was to send out a message of support for the project and I am sure that the Dutch and French will now realise the error of their ways and follow the example set by the brave Estonian MPs - not.

Certainly, Finland is planning to ratify the constitution soon, although it too is not going to do anything so rash as consult its people. There is a possibility they might say "no".

That clears the way for tomorrow when the commission is to adopt a paper containing its own suggestions which it hopes will end the impasse on the ratification process.

However, although some think that the German presidency in the first part of next year might be the opportunity to kick-start the process, no one who is actually sane expects anything to happen until after the French presidential elections.

Even then, there are plenty of people ready to remind the "colleagues" of the meaning of the word "no", even if, as is possible, the commission tries to introduce a "constitution-lite" and slide it past the French and Dutch without referendums.

Did I hear riots, anyone?