To our eternal shame 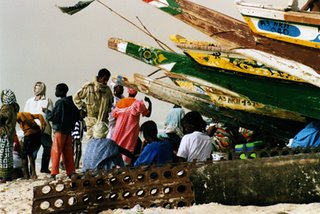 Last Tuesday, we posted a piece on the illegal immigration crisis on the Canary Islands, retailing how more than 1,400 immigrant had arrived in Tenerife and Gran Canaria in the previous week, making 2,000 landing in the month, mostly from Senegal and Mali. We also conveyed the plea from the Spanish authorities, who call for help from other EU countries, declaring that it was "Europe's problem too".

What we should also have said, though, was that this problem was largely created by "Europe" in the first place, not least through the inadequacies of its trade policies and, in this particular instance, through the depredations of its third-country fishing agreements, the main beneficiary of which is Spain.

Our deficiency, however, is made up by Mike Pflanz in today's Daily Telegraph, who gets behind the headlines of the great exodus from Africa and describes how thousands are putting their lives at risk, seeking work in Europe as their own fishing industries have been devastated by EU (and other) fishing vessels.

Pflanz records that more than 8,200 West Africans have arrived in the Canaries already this year, but an estimated 1,500 have died attempting the crossing. But, he writes, for many young men in the village of Thiaroye, a poor seafront suburb six miles east of the Senegalese capital, Dakar, the lure of Europe is irresistible. Their plight is summaried by Abdou Ndoye Mbaye, 25, who says he had no choice but to attempt the crossing. "You people talk of these boats being dangerous, but for us, we would rather risk death to find a good job in Spain than stay here doing nothing."

Yet, it is hardly as if there was no warning of this problem. In November 2001, Kim Willsher fronted a graphic report on Channel 4, entitled. "Selling the Future", earlier trailed in The Guardian, when she recorded first-hand evidence of how EU fishing vessels were stripping the waters off Mauritania and running down local fishermen who got in their way. A list was produced of over 200 men who had been killed, either in this way or because they had been forced out into deeper, unsafe waters in their frail boats.

At the time, I recall writing a brief on the problem, to circulate to MEP in the EU parliament. Using then available statistics, I recorded that third country fishing deals with the EU were big business. Between 1993 and 1997 they had accounted for €1053 million from Community funds and in 1998 had accounted for five percent of the total Community external budget. 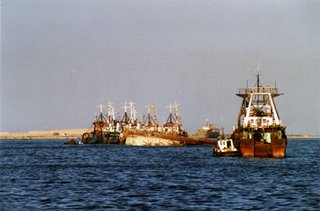 In December 2001 there had been a study from the United Nations Environment Programme which found that, "Developing countries which open up their waters to foreign fishing fleets may lose far more than they gain". It noted that over-exploitation resulting from such deal is "driving people into ever greater poverty" as well as "robbing the marine environment of a key link in the food chain".

Argentina was cited as an example of how devastating could be the economic impact, the report assessing that the then current EU agreement had actually cost the country $500 million whereas, had they developed their own fisheries, they could have made $5 billion. This had been reinforced by the Namibian experience, where the country refused to enter an agreement with the EU and had developed from scratch an industry worth $10 billion.

The UNEP report described the impact of the fisheries agreement on Argentina as "stark" and, of another agreement in Senegal, noted that it had had "a serious impact on local food supplies". 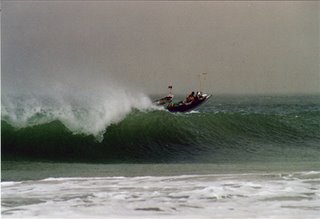 Yet all of this seems to have passed by the Commission. It sponsored its own report in 1999, which concentrated on the economic benefits to Community countries. This was a strange slant, considering that much of the funding came from the external (i.e. development) budget, but even then conceded that there were problems with the agreements. It noted that countries "did not always have sufficient means to enforce inspection arrangements" - something of an under-statement – and also recorded that, as regards the funds paid to third countries, "the destination of the funds paid into national budgets is not traceable".

In fact, this was (and remains) the biggest scandal of all. Most of the money paid from Community funds went (and still goes) goes to the political élites of the countries concerned. Very little of it reached the indigenous fishermen who were effectively robbed of their livelihoods. Essentially, money from EU taxpayers - including the poor - were being paid to the rich of third world countries - robbing the poor to feed the rich.

Despite this, the EU's third country fishing agreements continue, alongside periodic media reports, such as here, here and here.

Then, only last week we heard of the scandalous Morocco-EU fisheries agreement, whereby the EU is to pay €114 million to the Moroccan government to allow 119 European boats - mostly Spanish and Portuguese – to exploit the coastal waters. What made this particularly scandalous, though, is that the deal included the waters off Western Sahara, a land whose sovereignty is disputed, where the UN has refused to acknowledge Moroccan sovereignty over the land. 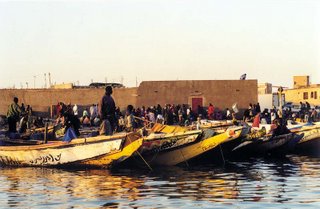 Not for nothing did Carl Mortished in The Times call this a "new rape of Africa", making the very obvious point that if the EU stopped taking the Africans' fish and assisted them to develop the resource, there would be considerably less of a migrant problem.

Instead of dealing with this, however, we – and that includes the British government – kowtow to the Spanish, plus the Portuguese and to a lesser extent the French, and cough up ever-increasing amounts of money for them to rape and pillage the African seas. Now, as increasing numbers of dead Africans are washed ashore, it is to our eternal shame that we have allowed this to happen.