All that glitters is not gold 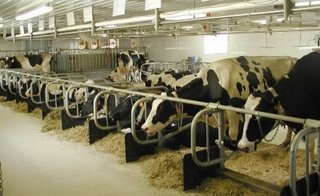 The aggressively Europhile Observer has today trotted out a strident condemnation of the CAP, under the strap, "Exports of cheap European dairy products are crushing the livelihoods of developing world farmers".

Lest one think that the paper has gone soft, and joined that ranks of the loony Xenophobes – aka Eurosceptics – the title of the piece gives that game away: "Who's creaming off EU subsidies?" This is a left-wing, anti-capitalist rant, picking up recently obtained data that demonstrate that the "fat cats" are the primary beneficiaries of the EU's agricultural subsidies.

Thus does the newspaper tell us that British-based exporters, including Nestle and Dairy Crest, have claimed £126m of taxpayers' money over the past two years for sending surplus butter and milk powder to poor countries such as Nigeria and Bangladesh. The biggest winner, Fayrefield Foods, was able to bank more than £22m over two years, 2004 to 2005.

Philpot Dairy Products, the export arm of Dairy Crest, which owns well-known brands such as Country Life and Clover, also claimed a total of almost £22m. These levels of subsidy are enormous relative to the size of the companies: the £10m claimed by Fayrefield Foods in 2004 was worth almost 10 per cent of its turnover, for example, and dwarfed its profits, which were less than £1m. Nestle, whose export of skimmed-milk powder to developing countries has long been controversial, received more than £7m.

Interestingly, the paper sources this information to "to a new report obtained exclusively by The Observer", now obligingly placed on the internet by its author Jack Thurston of campaign group farmsubsidy.org. 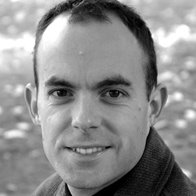 A further clue as to the left-wing provenance can be gleaned from the short cv of Thurston. He is currently a non-resident Transatlantic Fellow of the German (strongly pro-EU) Marshall Fund of the United States. He was formerly a political adviser to Nick Brown, when Minister for Agriculture, and has been a Senior Research Associate at the Foreign Policy Centre in London since 2002.

As to his writings, his articles have appeared in The Guardian, The Observer, European Voice, New Statesman, Prospect and Tribune and, firmly to cement his left-wing credentials, he is also a regular contributor to BBC Radio Four's Farming Today.

That said, the article in The Observer today is grist to the Eurosceptic mill, pointing out that the total cost of the dairy subsidy regime across the EU is more than €1bn, and then giving a neat little resumé of the EU’s export restitution system and its baleful effect on third world economies.

For instance, it points out that British firms were handed £11.8m over a two-year period for sending milk products to Nigeria, for example, and almost £6m for sending products to Côte d'Ivoire. This is on top of a recent report by Cafod that found that imports of cheap, EU-subsidised milk powder had devastated the Jamaican dairy market, causing domestic production to plunge, and damaging the livelihoods of small-scale, local producers.

It is intriguing that lefty, pro-EU campaigners should apparently have common cause with the Eurosceptic movement, but the explanation is probably very simple. Basically, the commission and most intelligent Europhiles would like to see the back of the CAP, not least because it provides an endless fount of bad publicity, with which to attack the EU.

More importantly, because CAP funds are fixed by regulation, to which qualifying farmers are automatically entitled, the funds (which still account for over 40 percent of the EU budget) give the commission very little political leverage. The commission would much rather have discretionary power of disbursement of funds, by which means it could increase its influence over a much wider range of issues.

But for France – and to a lesser extent Germany – the CAP would by now have been abolished and it is very much in the commission’s interest that it should be. Thus it was that Franz Fischler in his last days as agriculture commissioner brokered the “poison pill” of the CAP mid-term review, anticipating that it would bring down the policy. And, as part of that objective, it was fully expected that, through diverse sources – such as farmsubsidy.org – the commission would also start briefing against the CAP, undermining the last vestiges of political support for it.

Thus it is that Eurosceptics – who have always targeted the CAP – are now in the uncomfortable position of supporting the commission’s own agenda, and acquiring some strange bedfellows in the process. But these people are not Eurosceptics – we need to be mindful of the old adage, "all that glitters in not gold".