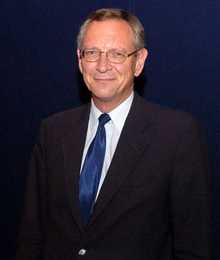 Suddenly, postings on a military theme have become like busses – none for ages and then two arrive at the same time.

This one picks up on what the "colleagues" like to call a "side meeting" to the general affairs council, which met yesterday in Brussels – the executive board of the European Defence Agency, the EU's proto-procurement organisation which Drayson calls a " dating agency".

What happened yesterday was pretty routine stuff though, an expression of confidence by CEO Nick Witney that most of the member states would join the "voluntary" scheme for online sharing of defence contract details. It seems that, aprt from Denmark - which has a prmananet opt-out - only Spain, Hungary and Poland are poised to stay out, which means the scheme is set fair to start in July.

This is just the latest development in a number of small steps by which the commission aims eventually to bring EU member state defence procurement into the community maw, a process that started in earnest in November last year, which continues with the commission gently chipping away at the edges.

Given the Telegraph's sudden interest in defence procurement yesterday, it will be interesting to see whether it reports this detail, which brings us that little bit closer to an EU army.*

One thing it did not report was the publication last Wednesday of a Defence Select Committee report, which (perhaps unwittingly) displayed another side of the same coin.

The Committee is complaining that UK government spending on defence research and technology (R&T) has slumped, down by about 50 percent compared with the early 1990s and at an all-time low. Spending was insufficient compared with the UKs’ its rivals and committee chairman James Arbuthnot called for the MoD to remedy the situation. "This threatens to impact both our industrial competitiveness and our military effectiveness," he said, adding, "We see defence research funding as a key investment for the future."

So important is this spending that many see it as a key issue for the long-term viability of an independent British defence capability, with Keith Hayward, head of research at the Royal Aeronautical Society, declaring that, "If they don't put money in, then slowly, over time, we will lose the capabilities we have built up through earlier investment in research."

Of course, the government is not going to respond. From its enthusiasm for developing European ventures, it is clear that it is going to funnel its research funding though European enterprises, with much of the intellectual property going offshore.

Thus, by steady incremental means do we wind down our independent capabilities and, at this rate, it will not be long before the deed is done.

* Of course, not a word in today's edition: the moving hand writes; and, having writ, moves on.