Could we not all play that game? 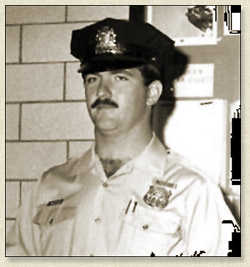 Through the always interesting Environmental Republican we get the news that in one Paris suburb, that of St-Denis (one of the ones where there were carbecues last autumn, I believe) a street in the “Human Rights District” has been named after Mumia Abu-Jamal, described by the daughter of American writer Richard Wright, as “our Mandela”.

Julia Wright, a translator in Paris, appears to live off her father’s name but seems to have forgotten that Richard Wright, an immensely talented African American writer fought real racism and stood up against the murderous bullying of the Communist Party as well. To my knowledge, he never defended murderers.

So who is Mumia Abu-Jamal and why should he have a street named after him in a Paris banlieu? He is the man who has been convicted of the 1981 murder of Police Officer Daniel Faulkner.

“Abu-Jamal, 53, was sentenced to death in 1982 for the shooting of Faulkner, who was 25. A memorial plaque honoring Faulkner has been installed at 13th and Locust Streets, where he was shot.

Last year, a federal appeals court agreed to consider Abu-Jamal's appeal of his conviction. The court said it would consider Abu-Jamal's allegation of racial bias in jury selection, as well as claims that the prosecutor gave an improper summation and that a judge in a previous appeal was biased.”

The fact that Abu-Jamal knows how to play the American legal system (there would be no appeals of this kind in France, where only politicians can be exonerated) does not alter the fact that the evidence at the time was fairly conclusive.

It is hard to tell how official the campaign to free Abu-Jamal (what business is it of the Paris literati exactly?) is but, clearly, the naming of the street had to be done by the city fathers.

Should we all now start playing that game? Perhaps a street in Washington could be renamed Dien Bein Phu Street after that infamous (from the French point of view) battle? Or Djamila street after the two Algerian young women, Djamila Boupacha and Djamila Bouhired, members of the Algerian FLN, arrested and horribly tortured by the French forces in 1957? Then again, maybe it is best to leave the French to their own devices.