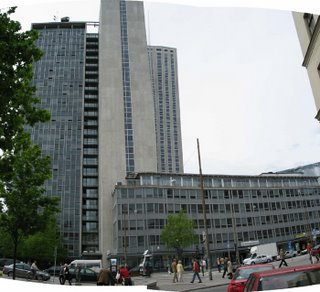 I doubt whether they call it the Inland Revenue in Sweden but, like every tax authority everywhere, it is keen to extract as much money as possible from its unwilling "clients".

In this spirit thus did the Swedish tax authority recently produce a series of advertisements encouraging taxpayers to pay up on time, intended for broadcast at peak time viewing.

What has now emerged, however, much to the embarrassment of this self-same authority, is that the films were made in low-cost Estonia, partly in a bid to escape high Swedish taxes. Apparently, they would have cost 50 to 100 percent more to make in high-tax Sweden.

Not content with that, the authority has had to admit that the high cost of doing business in Sweden has it tax office to make films in Barcelona and Majorca, and print brochures in Finland.

The rapidly growing Slovakian, Polish and Estonian economies also have the lowest tax burden in the EU.

According to a report in Dagens Industri, Sweden has lost 60,000 production jobs since 2001 as Sweden's buyers - like the tax office - opt for goods and services from lower-cost countries.