Why does he (try to) deceive us? 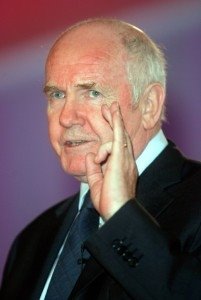 Don't worry – it's a rhetorical question. I'm not expecting an answer. But the question remains there, hanging over the new home secretary, John Reid, after his performance in the Commons today.

Having admitted that 98 of the 1,023 foreign prisoners released without being considered for deportation remain at large, and that the number included one murderer and eight rapists or child sex offenders, he then revised the level of serious offenders freed from 150 to 179. Furthermore, 57 serious offenders had gone on to commit further crimes following their release from jail, with 19 involving violence or a "sexual element".

Reid, we are told, said that "the presumption" would be that foreign criminals convicted of serious offenders would be deported. "It is my aim," he said, "to ensure that foreign nationals who serve significant custodial sentences in this country face deportation automatically."

Hang on…!? Did he say that all foreign nationals… would be deported automatically? Er… no! He said they would "face" deportation... In other words, they would be considered, but not necessarily deported as a result.

This reflects the reality of the situation. Both in terms of the ECHR and EU Directive 2004/38/EC, Reid knows that he cannot deport anyone "automatically" (and many, not at all).

He knows that. We know that. Why does he try to deceive us?