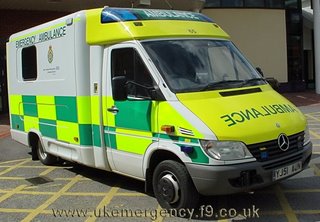 I despair. Really, I do. The media is full of blather about the supposed drought in the south and whose fault it might be. Not one article, as far as I can make out, even mentions the EU Framework Water Directive (2000/60/EC) and the insane amount of money that has to be spent every year on the implementation of every single one of the items, whether they make sense or not. Only when they have done that can water companies even start to think about mending pipes and stopping leakages.

Looking for some intelligent reporting and analysis I turned to the Daily Telegraph business section and read Damian Reece’s column. Couldn’t argue with most of it – we need a genuinely business-friendly government; Blair makes all the right noises, notably at the CBI dinner yesterday; lack of forward thinking (or, indeed, any thinking) on the part of the opposition.

“However, I doubt we will see much in the way of concrete changes that will solve, for instance, the country's desperate shortage of electrical engineering graduates. As far as business is concerned, the more you listen to the rhetoric the more obvious the gaps in the government's thinking become.

You then realise how totally irrational it is that the opposition front benches are hell-bent on using UK companies as whipping boys to get elected, rather than gaining their support and trust as a leg-up to government.”

How true. Nor can one have any kind of an argument with the final sentence of this section:

“[A] future UK government needs to help us face outward to the world and look after the interests of Big Britain rather than Little Europe.”

The trouble is that Mr Reece seems a little hazy as to what that little Europe is and how it operates.

One of his, apparently very sensible, suggestions is that the government of the opposition should spend a little time in thinking about targeting the money better in public procurement “to help Britain’s crucial entrepreneurial base”?

Money should be spent with smaller companies (who cannot precisely produce all those toys my colleague is so fond of but can provide services), which are often backed by venture capital. Well, of course it should. And the idiotic amount of paperwork that any firm that tries to bid for a contract or, even, manages to win one, should be reduced. What is the point of earning £1,000 and spending 4 days filling in forms?

There is, however, another aspect to the problem. Has Mr Reece not heard of the Procurement Directive (97/52/EC) with its many additions and corrigenda? Apparently not. At least, he does not mention it any more than all those articles about the drought mention the Water Framework Directive.

Rather courageously, Mr Reece goes on:

“On a wider issue, perfectly rational, sane and highly successful chief executives are consistently telling me of their growing concerns over the influence of Brussels and the European Union. Being a key trading partner is crucial but the political and policy benefits of being linked to the EU have been, well, questionable to say the least.”

Are we to understand that somehow criticism of the European project and Britain’s membership of it is somehow irrational and the preserve of complete failures?

In any case, rational and highly successful they may be but neither they (if they are quoted accurately) nor Mr Reece seem to understand that EU legislation is not “influence” but the law of the land. In other words, those directives and regulations that come out of Brussels have to be implemented – it is a legal requirement.

What would it take for people who have apparently risen high in the business world and, more to the point, leading journalists who write about that business world, to understand the truth of the situation? For unless people do understand, they cannot start thinking of how to solve the problem.