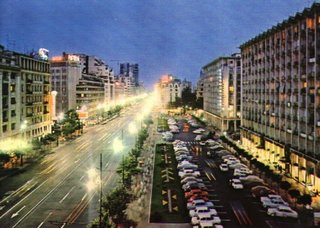 Noticeably lacking from any of the announcements on the forthcoming round on enlargement, to bring Romania and Bulgaria into the "European" fold, is any sense of the enthusiasm, much less euphoria, that accompanied the “big bang” of two years ago.

Thus, on the day that the commission was supposed to give the "all clear" to these two new entrants, in anticipation of their joining the EU on 1 January 2007, The Times and other sources tell us that the decision is to be deferred for six months.

Depending on whether both countries can then satisfy the commission that they have dealt more effectively with corruption and organised crime, the entry date may then be deferred until 2008.

For Romania, there are also a number of technical shortcomings, such as the lack of EU-compatible computer systems for tax collection, poor food hygiene standards and a failure to set up agencies for paying regional and farm aid,

However, even if there is a delay, there is no sense that the 22 million people of Romania and the further eight of Bulgaria are regarding accession as anything other than inevitable. And despite the huge disparities of income, the massive unemployment and the other problems, which are bound to create further strains in an already stretched EU, neither is there any sense that the current 25 member states are anything but resigned to the entry of two more members.

Effectively, this represents the latest step in the failure of the EU to develop a coherent policy towards its near neighbours and its lack of any ideas on how to assist the former Communist countries, short of absorbing them into the Union.

There is no question, though, that the appetite for further enlargement is now fading. Although, potentially, Bosnia and Serbia could be brought in, and the negotiations are proceeding with Turkey – with the Ukraine and outside possibility – the momentum has gone out of the process.

With the full implications – and effects – of the last round of enlargement yet to be fully felt, there is already a fear that bringing Romania, in particular, into the EU, will be especially troublesome, not least with predictions of at least another 300,000 migrants on the move.

Even then, France, Germany and the Netherlands have yet to ratify the accession treaties for the two applicant countries and there is an outside chance that any one of them will draw back from giving their final approval, although this may be unlikely in the longer term.

Whatever else, though, the delay confirms that the EU's days of unbridled expansion are coming to a close. It has become the reluctant empire.