We are the bosses now 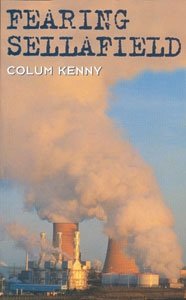 In yet another extraordinary decision, the European Union Court of Justice has ruled that that Ireland violated EU law by taking a nuclear safety dispute over Britain's Sellafield nuclear reactor to a United Nations tribunal.

The court states that it has "exclusive jurisdiction" as the EU's highest court, and only it could rule on the long-running dispute between Britain and Ireland over the discharge of radioactive materials into the Irish Sea.

Originally, the Irish government has referred the dispute to the UN tribunal claiming that the UK had contravened the UN's Convention on the Law of the Sea (UNCLOS). But, said the ECJ, after the EU commission had complained to it, the convention was now also part of EU law and therefore the Sellafield dispute fell within the EU's competence.

Ireland has argued that if it was forced to take the case to the EU court, it would be limited in the possible remedies it could get from Britain, its objective being to get the Sellafield plant closed. When the case came before the tribunal in 2001, however, it ruled that the risks were not sufficient to justify the plant's closure, but still ordered Ireland and Britain to co-operate to prevent pollution of the marine environment that might result from the plant's operations.

Now, it seems, the two parties must deal with the commission, the judgement representing a significant victory for Brussels as it has been sniffing around the site since December 2004 in an attempt to extend its competence into nuclear issues where, strictly speaking, it has no power.

Now, by the inspired stratagem of calling in aid the UNCLOS, it has – once again with the aide of the ECJ – extended its power base that little bit further. Any which way you stack it, it is now increasingly clear who are our real bosses.