Death of a sage 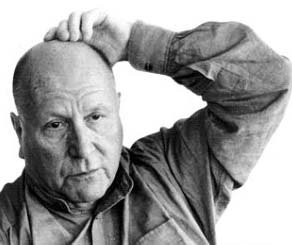 Not the death of Bernard Lewis, I am glad to say, as he is flourishing at the age of 90 and will, no doubt, be producing more books. Nor do I propose to write much about J. K. Galbraith, whose death was announced a few days ago.

The best thing I can do is quote from Mark Anthony’s funeral oration in “Julius Caesar”:

“The evil that men do lives after them,
The good is oft interred with their bones.”

Galbraith was wrong in all his analyses and predictions. He thought that the Soviet economic system was superior to the American because it utilized the work force more fully. Well, those camps were pretty labour intensive.

Worse, his advice, particularly to the Indian government about the need for state control and direction of the economy, lost that and other developing countries many possible years of growth.

“So let it be with Caesar.”

The sage I wish to write about is one whose death at the age of 82 was also announced a few days ago: Jean François Revel.

Revel was one of the true French intellectuals, a writer, a journalist (he was for many years the conservative and pro-American editor-in-chief of the weekly L’Express. Subsequently he became a commentator on another weekly, Le Point, and on the radio.

He was also one of the so-called 40 immortels, in other words, a member of the Academy. and, apparently, a bon vivant with gourmet tastes, as is appropriate to a French political philosopher.

It is very unfortunate that when someone like that dies, the establishment, in this case the soi-disant poet, admirer of Napoleon and Prime Minister, Dominique de Villepin, find it necessary to heap praise on him.

For Revel was truly a great man and a wonderful writer. Apart from Raymond Aron he was probably intellectually the most courageous French political philosopher and commentator.

As so many on the Continent he started on the left of the spectrum and moved progressively towards liberal economic and political views. But even on the left he was not afraid to defend the United States as early as 1972 in his book “Without Marx or Jesus” or to attack the Western intellectual propensity to worship totalitarianism.

His seminal book “The Totalitarian Temptation” was published in 1976 in French and 1977 in English. In it he still argued in favour of true socialism but proclaimed that the two enemies of it were the nation state and communism, the latter being far worse and oppressive than the former.

Indeed, he drew an interesting parallel:

“What difference in practice is there between those irresponsible “socialists” who, as soon as they come to power, impose their untested ideological principles on the management of the nation, with the result that production drops by one half – and, on the other hand, those irresponsible capitalists who permit an economic cisis in which a fall in production is accopanied by inflation and unemployment?

There is in fact no difference, except that the damage done by the capitalists is often less extensive and less permanent, and that they spare us the sanctimonious sermons of the 'socialists’. At least capitalism is not satisfied with itself except in good times when it is performing sucessfully, whereas socialist boasting need not be based on any performance at all.

Failure raises the socialist morale – luckily, since if its self-esteem had to be based on success, socialism would live in a state of constant humilation.”

These were shocking things to say in the mid-seventies and not only in France. Indeed, I suspect many people would still be shocked by them.

Revel went further, though. He mused whether there was a desire for totalitarianism actually present in some people, particularly intellectuals. His analysis of the way Western commentators, politicians, authors criticize ferociously the much more free system under which they live but refuse to see anything wrong with the then seemingly triumphant communist countries, could be applied to the same commentators or their successors.

While Revel’s analysis of the way democracy was retreating and communist totalitarianism advancing may seem far too pessimistic after Reagan, Thatcher and the collapse of the Berlin Wall, his comment about anti-Americanism is, alas, all too realistic 30 years on:

“Why does the President of the United States have to be heavily protected in Rome, Tokyo, Paris, or Stockholm against hostile demonstrators while in some Western cities any Eastern statesman walks or drives peacefully through friendly or indifferent crowds? Abroad, the only violent demonstrators that a Communist head of state fears are usually refugees from his own country.”

Well, why, indeed? Has anything much changed in that respect?

In 2002 as French opinion apparently hardened against the United States and in favour of numerous tyrants and terrorists, Revel published another book, another bombshell: “The Anti-American Obsession – Its Functioning, Its Causes, Its Inconsequentialness”. It was published in English in the United States but ignored in Britain, though some of its analyses ought to be of interest to us.

Interestingly, it became a best-seller in France, which would argue that the united opinion presented by the French political class and media is a myth in that country as well.

Revel, without pretending that America is perfect (what country is?) argued that the daily criticism and obloquy that Europeans heap on their ally and, for many years, protector, has long ago exceeded the bounds of decency.

Instead of getting hysterical about the 2000 presidential elections, Europeans should have been examining their own “abysmally run” European Union. We cannot but agree with his view that the Europeans are desperate “to project [their] faults onto America so as to absolve ourselves”.

Let us face it, much of the hysterical anti-Americanism, both on the left and the right of the political spectrum grows out of frustration. We are no longer in control of our politics and democracy in Europe is slowly evaporating. Mutatis mutandis this is similar to the rage and frustration that many in the Arab world feel. Instead of facing up to our problems and trying to sort them out we prefer to blame outsiders and who better than the United States?