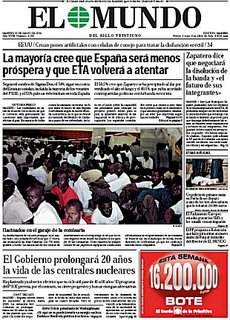 A few days ago, rather unkindly perhaps, I equated the UK Independence Party with the European Union, pointing out that the two organisations had one thing in common – their obsession with talking about themselves. Nothing, it seems, excites them so much as their own internal affairs, which take precedence over much weightier matters.

If I was being unkind, however, it was in not emphasising that this characteristic seems to afflict most political organisations, and especially the Conservative Party. Its obsession with "self" is most evident from the activists' chatter on the Tory Diary site. Any number of issues are discussed but the comments section only really comes alive when party matters are aired. And even then, much of the issue-based discussion centres on how political advantage can be gained from whatever it is that is currently in the public eye.

Such observations become especially relevant when trying to understand why it is that the general public are turning away from party politics in droves, and why the European Union finds it so difficult to engage with the "citizens of Europe". The simplest explanation is probably the best – ordinary people are more interested in issues than they are politicians. If the politicians take a genuine interest in those issues, then people in turn will take an interest in them. However, as long as the politicos are mainly interested in "self", the people will disregard them.

What makes this especially topical – and relevant - is the growing humanitarian crisis being played out in the Canaries, about which we reported last Saturday, and which was picked up in a news report on BBC's News 24, in a longish item by their correspondent-on-the-spot, another of those witless hackettes, this one by the name of Martha Dixon. 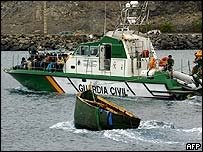 With the essence of her report reproduced on the BBC website, readers can see for themselves that nowhere does Dixon mention that the proximate cause of the migrant exodus from West Africa is the depredations of the EU’s third country fishing agreements. Instead, today, we get another report from the BBC, subtly propagandising for the EU, telling us how the sharing, caring EU – in the form of nine member states – are rushing to the aid of beleaguered Spain, with offers of surveillance aircraft and patrol boats.

The point here is that while this drama is being played out, the mainstream political parties – and UKIP – are silent. Yet what is happening in the Canaries impinges directly on several key issues which would be of very great interest to British people – would that they were told of their relevance.

Firstly, there is that central issue of immigration. Although these people are flooding to the shores of the Canaries, as the news reports tell us, the law in Spain allows for them to be detained only for 40 days, after which they are let loose and are then free to travel anywhere in the European Union. The people whom we see on our television screens today, therefore, are potentially the next batch of arrivals at Dover.

Secondly, there is that vexed issue of African aid, about which so many people profess to be deeply concerned. Rarely, however, do we get such an egregious example of how the predatory policies of the EU directly impinge on the peoples of sub-Saharan Africa, or of such a direct link between those policies and enforced economic migration. Yet such is the abysmal level of reporting, and the lack of engagement by the political parties, that the bulk of people are unaware of the link.

Thirdly, there is the overarching issue of our membership of the EU. Behind the issue of the third country fishing agreements is a dark and dirty tale, in which successive British governments are shamefully implicated. As is known to but a few, these agreements are largely "compensation" to the over-large Spanish fishing fleet for being excluded from British fishing waters under the Common Fisheries Policy. Our governments have colluded with the European Union to finance these deals, simply to stave off the pressure from the Spanish for access to our waters, the effect of which would be highly embarrassing to our government.

Putting these three issues together, any political party which brought them to the attention of the public could have a field day, and reap significant electoral benefits through demonstrating that it was in touch with public sentiment. But, each for their own reasons, the parties are silent. Labour, of course, is the party in government, so is immediately tainted by direct involvement in the policies which give rise to this crisis. The Conservatives are compromised because they agreed to the third country fishing agreements in the first place and, in any case, they don't "do" Europe. The Lim-Dims are in favour of the EU, so they won't touch it anyway and UKIP is so burdened by its own introspection that it is probably unaware of what is going on. Thus does silence prevail.

But, if this crisis slides out of the public domain unremarked by the political classes, fishing as an issue is set to come back with a vengeance to haunt the Conservatives. Even as they immerse themselves in facile debates about the Boy King's "A-list", it could have a material effect on their electoral prospects.

This is brought home by a piece in this month's Freedom Today, by MSP Brian Monteith, which deserves wider coverage. Headed, "The sorry tale of a Tory U-turn on the CFP", Monteith charts how, without publicity or any open announcement, Cameron has reneged on the party's commitment, honoured by his three predecessors, to repatriate the EU's fisheries policy.

This, we actually reported in December 2005, while Booker reminded us of it only a few weeks ago. Yet nothing of this has percolated into the general public of political consciousness so the Boy King may well think he has got away with ditching a minor and politically inconvenient policy. 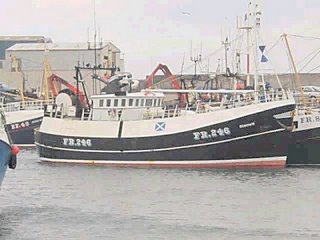 But what he clearly does not realise is that, while "fishing" might be a minor, boring item in the Westminster village, it plays very big in Scotland, which has two-thirds of what is left of the British fishing industry. Moreover, its importance far transcends its relatively minor economic contribution, not least because it is taken as evidence of how the English government gave away Scotland's wealth in pursuit of its own partisan agenda.

Thus, if Cameron is to hope for any political recovery in Scotland – which he must achieve is he is to be sure of victory at the next general election – then he must address the fishing issue. What he has done, though, is betray the Scots, yet again, and the Scots Nats will be quick to exploit the electoral potential of this faux pas, wrecking the chances of gaining any more Tory MPs in Scotland.

That brings us back to our original premise. This is an issue which is of vibrant importance to the people of Scotland and it is being ignored. Immigration, third world aid and the EU are also issues which are of great importance to many people – and they are being ignored, or treated in such a cavalier way that they do not reflect peoples' concerns and expectations.

All of that goes to demonstrate that the political machine is interested only in talking to itself, about itself. But if we, the people, no longer matter – if we are no longer important – the politicos should not be surprised if we walk away in disgust from their own, petty, self-indulgent obsessions.