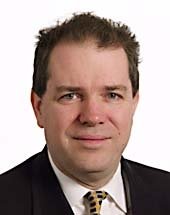 The odious but not unintelligent Charles Tannock MEP has a letter published in The Daily Telegraph today, which raises interesting questions in the wake of the Montenegrin vote for independence.

He points out that if countries in the western Balkans, such as Montenegro and Kosovo (also demanding sovereignty), not to mention future possible extension to tiny EEA states such as Iceland and Liechtenstein, join an enlarged EU under the current Nice formula, each with its own commissioner, minimum of six MEPs and disproportionate votes in the Council of Ministers, this will cause a serious political imbalance unfavourable to large member states such as Britain.

It is also clear, writes Dr Tannock, that a state the size of Montenegro (with a population of 620,000 people) will be severely administratively stretched to hold the six-month rotating presidency.

His conclusion, therefore, is that even if (he writes "once") the EU finally abandons the unlamented constitution, and given that the Nice Treaty is inoperable beyond 27 states (ie, after Romanian and Bulgarian accession), the EU will need to consider adopting a new, slimmed-down, consolidated treaty.

That is the point. Come what may, the member states (not the EU) are going to have to negotiate a new treaty, if they are going to continue with the core policy of enlargement. That means another intergovernmental conference, opening up the whole can of worms all over again. The crucial question for us will then be whether our then prime minister will feel it necessary (or be forced) to permit a referendum prior to ratification of any new treaty. The words, "rock" and "hard place" come to mind.