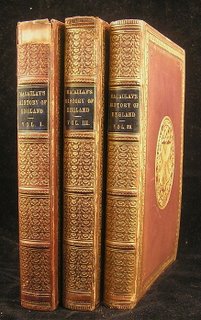 After the bomb explosions on the London Underground last July and after it became obvious that the men who perpetrated the crime were not immigrants or asylum seekers but lads who had been British born and bred, there was a certain flurry of excitement about having to impart British values to all our citizens, particularly those who might not be terribly in favour of them (if they knew what these consisted of).

At the time we pointed out in two separate postings (here and here) that before British values can be imparted they need to be defined and for various reasons they have never been. In the past they may have been understood in a rather muddled and often contradictory fashion but there was no need for a definition.

Now that a definition would be useful the co-ordinates are missing. Nothing daunted the government has announced that

“All secondary school pupils could be taught about "core British values" such as freedom, fairness and respect under new plans unveiled today.

A six-month government review will look at whether learning about how values such as freedom of speech are embedded in British history could help social inclusiveness.

The aim is to give children what officials called a 'strong sense of British identity and an understanding of British culture and traditions', beyond the citizenship classes which already form part of their curriculum.”

The very language used in the announcement tells us why this is a doomed project. Social inclusiveness? British culture and traditions? What are all those things?

A number of people on all sides of the political spectrum (there are some sane people on the left) have pointed out that culture, traditions, values, identity are not concepts that can be defined and imposed by the state. Well, they can be as they were in the Soviet Union, where there was a reasonably clear official line about those values, but it is not advisable if support is to be maintained.

The Pub Philosopher, for instance, rightly points out that schools should concentrate on teaching children how to behave rather than tell them what is the behaviour that is most likely to be part of British cultural tradition. (He also suggests that the poem "If", which just happens to have been voted as people's favourite poem in this country, sums all that you need to know about core values.)

“I'm not sure that trying to teach a set of prescribed values is necessary or achievable. The grammar schools that used to produce such good academic results often had an underlying ethos but it was rarely overt. It was usually reinforced by rewarding and punishing behaviour, rather than by reference to a published set of values. Which would be more effective, telling children that queueing is an example of a core British value - politeness, or just encouraging them to queue when at school?”

Personally, I do not think queueing is as important as all that, though obviously, it is quite useful. But it is a little trivial to be a core value, unless it is seen as part of a general set of good manners, in their turn, seen as part of an acceptable, courteous and less selfish way of behaving.

In the same way, freedom of speech, which never really existed and cannot really exist in full (particularly not in a country that has the most ferocious and unjust libel laws in the world that are used by crooks, tyrants and financiers of terrorists from all over the world to silence their critics) has become a substitute for the old-fashioned concept of freedom and liberty.

Not only is the government not the right body to start defining or imposing core cultural values but teachers are not really the right people to transmit them as is perfectly clear from some of the comments from the unions. It could, after all, be argued that it is the teachers who have destroyed all understanding of what Britain and Britishness are all about.

Setting aside the waffle about teaching of religious values and, particularly, what is to be done about the teaching of Islam, one can discern that the review will be led by head teacher Keith Ajegbo. I know nothing about Mr Ajegbo, not even which school he is the head of, but would it not be a good idea to find out what sort of values and standards it lives by?

Then there are all the idiotic statements by spokespersons of teaching unions.

“The initiatives have also been broadly welcomed by teaching unions, but they have expressed concern at what exactly the government means by "core British values".

"It would not be appropriate to promote an imperial British myth by teaching that values such as democracy, justice and fair play are exclusively British or that Britain is superior to other countries," said Philip Parkin, general secretary of the PAT [Professional Association of Teachers].

National Union of Teachers (NUT) general secretary Steve Sinnot said the London bombings had "triggered rightly a "reflection on how society can tackle ideologies which lead to terrorism".

But he too warned the so-called core values should not be taught as the only ones that count, saying: "There is another core value which the government needs to promote, and that is respect for different points of view."”

A mish-mash, in other words. But then, what can you expect from a government whose members are unaware of the importance of parliamentary democracy and believe that gaining more votes than other parties gives them the right to do anything they like to anyone they like?

What can you expect from teachers’ unions who have consistently undermined all attempts to teach the English language (surely the greatest of all core values and integrating factors) or English-language literature or the history of this country and the way it has impacted on the world? Hint: the rest of the world has been learning all those things. A recent report that showed foreign students to have a much better grasp of English grammar and punctuation was not particularly surprising.

Then there is the problem of the European project, one that all the other member states are having to deal with. It is not a question of whether Britain is European or not. In some ways she is, in some she is not. In any case, there are so many different, often contradictory aspects of being European that any assertion for or against is going to be meaningless.

The real problem is that at the heart of the European project lies a desire to do away with the national identities of European nations on the slightly insane base that wars and massacres have been caused uniquely by European nationalism. But national identities were real, if poorly defined; European identity remains a chimaera. So, at a time when we in the West are being challenged by determined groups whose aim is to undermine and destroy our values, we can present only a weakened version of what we might or might not be fighting for.

None of the so-called European or, for that matter, British values can stand up to any kind of examination. Tolerance? Tell that to the Catholics or Elizabethan England or the victims of the Gordon riots.

Freedom of speech? I have already referred to our libel laws.

Parliamentary government, constitutional democracy, the pride of the Anglosphere? What of all that legislation that cannot be thrown out or reversed that arrives through the managerial governance of Brussels? What, for that matter, of the ability the Executive in this country has of emasculating the Legislative and, controlling the Judiciary?

One can go on like this for a long time. Perhaps, I should now turn to more specific points and make some suggestions about what could be taught as subjects, that would bring about an understanding of those nebulous core values.

First and foremost, there is the English language that has not been taught properly in our schools for several generations. Britain may be the only country in which people are proud of not knowing how their language – one of the greatest treasures of world culture – works; proud of not understanding the grammatical structures and of having no idea of the punctuation.

In addition, there is a strange notion abroad that it does not matter whether you learn the language or not. So, here are my first two suggestions:

Restore the teaching of the English language to the schools of this country and ensure that no 16-year old leaves without knowing how to read extensively and write correctly. (Given the facts of the teaching of English for the last few decades, we may well have to introduce wide-spread remedial teaching.)

Secondly, stop wasting taxpayers’ money on producing official material in twenty-seven different languages. If private firms want to recruit for their own purposes in other languages, that is their business. But it is not the job of a local council or of the NHS to encourage ignorance of the language of this country.

If people do not want to learn, they should not be forced. First generations of immigrants often did not learn the language of their new country in the past either. But such people will have to rely on the assistance of their friends and families to guide them through officialdom.

So, here is my third suggestion: teach children history from an early age. Not bits and pieces about the Tudors and the Second World War but history from beginning to as close as possible to our own day. It can be done. Other countries do it.

There is no need to keep exalting British achievements or explaining how everything Britain did was for the best in this best of all possible worlds. Children will make up their own minds on the basis of reasonably accurate information and will acquire a clear idea of their identity.

The history of Britain and of the British Empire is the history of many peoples and many nations. There is room in that narrative for all.

Next: constitutional matters. It is not citizenship, a nebulous concept if ever there was one, that we need to teach but a clear, factual knowledge of the constitutional structure of this country, of the various institutions within it and the international organizations it belongs to.

The school in which I took my A-levels had something called Civics for the sixth-formers. It was a purely factual class and the head teacher who took it, went through British legislation, other countries’ legislation, structure of UN, NATO and the then Common Market. Jolly useful, it was, too.

Of course, these matters should be taught truthfully. There is very little point in affirming that Parliament legislates in this country when the truth is that Parliament has no right to reject EU directives and regulations.

Above all, we must stop being the only country in the world where generations are growing up without knowing who the Head of State is, what the National Anthem is and how did the Union Flag come to be what it is. Believe me, every French child knows the Marseillaise and the history of the tricoleur.

If, on top of all that, schools, parents and other establishments insist on certain standards of behaviour and, of course, resume teaching other subjects as well, we might find that those core values develop all by themselves without any intervention on the part of the politicians, who, as we know, have no values whatsoever.