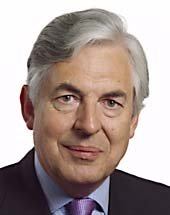 If Dr Liam Fox seems oblivious to the growing encroachment of the European Union in defence affairs, not so the Tory defence spokesman in the EU parliament, Geoffrey van Orden MEP.

In the Telegraph today, which has finally reported on the EU defence procurement developments, van Orden is cited as saying, "Of course we want to encourage European armies to procure more effectively. But the driving impulse behind this is European political integration."

To give him due credit, van Orden has been consistent in warning of the moves by Brussels to promote European defence integration, although his concerns do not seem to have percolated into the hierarchy of the domestic Conservative Party. But then, as we all know, the Boy King doesn't "do" Europe. Telling us all to be "happy" is much more important.