One hell of a climbdown 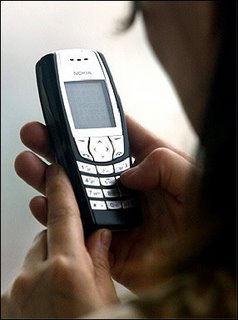 The EU's plan to extract maximum propaganda value from its proposal to cut the price of using a mobile phone from abroad – the so-called "roaming charges" – suffered something of a setback yesterday.

According to Reuters, the European Regulators Group, which represents all national telecoms watchdogs in the EU, told the commission that it had "significant reservations" about the regulatory mechanisms proposed. It believes that retail regulation "often has unexpected consequences and is inconsistent with the general approach taken to regulation within the EU."

This is against the background of major operators already reducing their charges, Vodafone and Deutsche Telekom's T-Mobile have slashed them by 40 percent and Spain's Telefonica is following suit. Yet information society and media commissioner, Viviane Reding, was unmoved, sticking to her timetable of 2007 for the charges to end. "It's good they react as it brings prices down. It shows that the regulation is a very legitimate action," her spokesman Martin Selmayr said, adding: "The regulation is still going ahead."

One can see why there is such determination. When this issue first came up, just two months ago, we suggested that the EU was indulging in a little populism, picking a highly visible course of action to demonstrate its value to EU "citizens".

That much is now confirmed by the EU's launch of its citizens’ aegenda, and the now released communication.

This reflects the commission's great fear that its original claim to fame – keeping the peace in Europe – no longer resonates with the younger generation. It is thus looking for issues which will re-engage people, and especially the young, with the project.

To achieve this, the new catch-phrase has become the "Europe of Results", which has had the commission desperately pulling consumer-friendly initiatives out of the bag to support its claim of being the peoples' friend. Cutting roaming charges fits the bill. This, the commission believes, will convince doubters that "Europe" is delivering "concrete benefits" in what it has decided must be a "policy driven agenda" which "addresses the expectations of EU citizens".

Maybe that might be enough to "invigorate their support for the European project", but one cannot help feeling that this is one hell of a climbdown from the aspirations of the founding fathers. That the EU has been "keeping the peace in Europe" for fifty years may be demonstrably untrue, but it certainly sounds a deal more noble than "cutting roaming charges".