In the "difficult" file 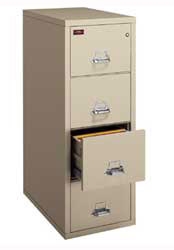 "There is a need to know how we are going to move forward, how Europe intends to move forward and how the UK intends to respond to that." So spoke the Lord Blackwell in a House of Lords debate yesterday, outlining the four possible options discussed.

But the one thing that did not emerge from the debate was the Government's position, other than that it was not yet time to answer any questions on the future of the European Union.

Cue Peter Riddell in The Times this morning, who declares: "Europe will not go away, so let's start discussing its future." Like this blog, he has noticed that, ever since the Budget deal in December, the main parties have avoided talking about Europe.

Despite the fantasies of some EU leaders, writes Riddell, the draft constitution is dead, as was recognised in the Lords debate by such Europhiles as Lord Brittan of Spennithorne and Lord Hannay of Chiswick. "To pretend otherwise, or that it will somehow be introduced by the back door, is misleading alarmism", Riddell asserts, the adding, "but questions about how the EU is governed will return before long to the centre of the EU agenda."

"Nothing will be decided until there is a new French president in spring 2007," he says, but "it is a classic British error to pretend that what we do not want to face will not occur. It is far better to start thinking now about the future of the EU."

We would prefer it if people started thinking about our future as a nation, but we take Riddell's point. Unfortunately, it is likely to go unheeded. The European Union is "difficult", so it has been carefully buried in the filing cabinet. That is where the politicos prefer it to remain.