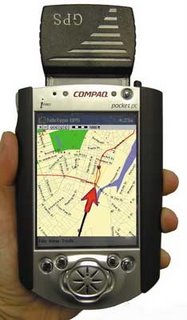 EU plans to rake in a financial bonanza from its Galileo satellite system seem to be in jeopardy, and projections of thousands of jobs stemming from the project have also been cast into doubt. China, on the other hand, looks poised to reap the rewards from the £2.5bn European investment, which includes an estimated £200 million of British taxpayers' money.

This is the sombre conclusion to be drawn from recent statements by Rainer Grohe, executive director of the Galileo joint undertaking, the EU's executive authority charged with managing the development of the system. He is contradicting the hubristic predictions by the EU that variously 100,000 and 150,000 "high qualified jobs in Europe alone" could be created, with three billion receivers and revenues of some €275 billion per year by 2020 worldwide being generated, warning that China is gearing up to mass-produce cheap receivers.

This potentially catastrophic scenario is one of the EU's own making. Failing to attract sufficient capital from its own members to get the system up and running, it has sold a development partnership to China, which is contributing nearly £150 million, and is negotiating with India on the same basis.

Unlike the US government and its "Navstar" system, which holds the exclusive copyright on chipsets required for the receiver units and is able to control commercial exploitation, China – and possibly India - has acquired rights to mass produce receivers, and will be able to undercut European enterprises.

Thus, while US manufacturers are confident of being able to cash in on a GPS market which is estimated to be worth nearly £14 billion a year by 2008, EU-based firms expecting Galileo to provide a similar bonanza may go empty-handed.

This adds to the woes already affecting the project, which is now €400 million over budget in its first phase. Not only that, the EU has, as yet, failed to secure all the funding needed to deploy the full constellation of 30 satellites.

With the commissioning date also having slipped from the original 2008 to 2010, there is very little good news emanating from the project. One very small consolation though, is that the EU court of justice has upheld the commission's right to use the Galileo name.

The commission had been challenged by a Barbados IT firm, Galileo International Technologies, when it transpired that the commission lawyers had not even checked ownership of the rights to the name before the EU started using it.

However, after a German court initially found against EADS Astrium GmbH, a German unit of the eponymous European company that is building part of the system, the ECJ has weighed in with a ruling that Galileo International Technologies had not established that the commission's use of the name hurt their trademark rights.

Nevertheless, this may prove a hollow victory. In all, the EU is proving to be about as skilled in managing this project as it has been in running the Common Fisheries Policy.