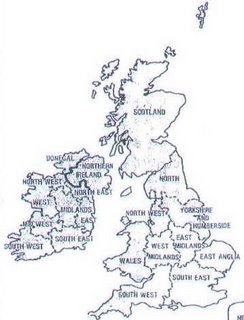 One of the unanswered questions following Blair's recent reshuffle is whether Prescott's successor, Ruth Kelly, will display the same enthusiasm for the regionalisation of England, to whether the project will mark-time or even wither on the vine.

As we have pointed out earlier, the regional agenda was very much Prescott's personal "baby" and without him controlling the Department responsible for local government, it is possible that the drive has gone out of the project.

This notwithstanding, there remains a strong conviction within a faction of the Eurosceptic community that the regional project is – and always has been – a dark "plot" by the EU, aimed at furthering political integration. But, while there is unquestionably a current EU agenda, there has never been any documentary evidence produced which shows that Britain has been forced down the regional route, to the extent that we are currently seeing.

This much I argued in my report on regionalisation, published in 2002 but still remarkably relevant after the passage of four years.

In that document, I referred to the Treaty of Rome, remarking that regional policy was not one of its mainstream concerns of the then EEC. In fact, the only mention in the Treaty was a general objective of “reducing the differences existing between the various regions and the backwardness of the less favoured regions”. There was no specific policy devoted to that objective and the newly formed Commission was charged only in general terms with keeping under review all systems of aid existing in member states.

I then added that regionalisation was so low on the Community's agenda that the Commission did not even present its first memorandum on regional policy until 1965.

At the time of writing, however, I was having to rely on secondary reference to that document, as I had not been able to obtain a copy which, in any event, was written in French.

Fortunately, though, it has now turned up – an unofficial translation of the original report, dated 11 May 1965, together with an additional report, published in 1975, after the UK had joined the EEC. Of some considerable historical interest, it shows the original regional maps, a fragment of which – showing the UK – is reproduced above. Readers will see that there were originally 11 regions (excluding London), including Scotland, Wales and Northern Ireland, with borders only slightly different to those of today.

But what is fascinating about both reports is that they absolutely confirm that – at the time – there was no political agenda. The policy was dedicated to reducing the regional disparities in employment and standards of living, but the whole thing was subject to the caveat that the methods employed should be "appropriate to the political and constitutional systems of each country".

By no measure can it be taken that there was – at this time, at least – any declared, or implicit intention to create semi-autonomous regional governments.

Another fascinating insight into the thinking of the time comes in the 1965 report, which argues that "mobility of manpower between economic sectors and regions is a prerequisite for dynamic activity", but the report then goes on to say:

…beyond certain limits, interregional migration produces not only social and human problems, but also economic drawbacks. The less-favoured peripheral regions lose the younger and more vigorous elements of the population, impairing their chances of future expansion, while expanding areas have to bear the costs of excessive industrial concentration.

It seems to me that those words, written more than forty years ago, are highly appropriate to today's situation.