They get what they deserve 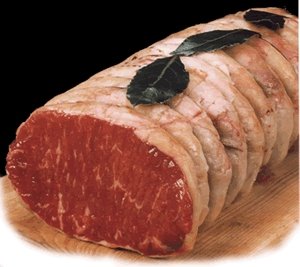 Although other newspapers have done it, The Times has run big today the story that shoppers have been "duped in organic meat scam".

In its own ponderous style, the paper tells us "it has learnt" that an investigation "will be launched into the sale of bogus organic meat in butchers' shops and at farmers' markets around Britain", as enforcement agencies start a nationwide inquiry into the sale of ordinary meat labelled as more expensive organic produce, after a growing number of reports of the practice.

Some butchers, says the paper, are believed to be cashing in on the higher value of organic meat, which sells for up to five times the price of that from a conventionally reared animal. The crime carries little risk because it is very difficult for shoppers to tell when they are being duped.

Well, whoopee do! For years I’ve been telling any journalist that cared to ask – and that is quite a few – that if they add up the total number of "British-reared" organic chickens sold in London alone each year, it actually comes to more than are produced in the entire country.

As for organic meat, in many instances there is absolutely no difference between the organic variety and those from the thousands of suckler herds reared in this country, most often the distinction being that the farmers and slaughtermen are not prepared to pay the Soil Association's extortionate fees for the dubious privilege of being able to offer an "organic" lable.

But, most of all, this is straight from the wellspring that guides those dim, self-absorbed fools of EU legislators (who have willingly lent their name to an "organic" standard). But do they really believe that, where there is no intrinsic difference in end product and its value depends entirely on the accompanying paperwork and labelling, that the paperwork is not going to go with the money?

Do they really believe that a slaughterhouse chain, with a valuable order from a supermarket for organic beef, that suddenly finds itself short of a carcase or two, is going to send short-measure down the line and tell the supermarket boss they can fulfil his order? Or is the paperwork going to be finessed?

And that is the problem with these people whose naïve faith in their own paperwork and procedures defies gravity. They are not of the real world, they don’t know how it works and they somehow believe that, because that it what is says on the wrapper, this is what go get inside – merely because they say it should.

As for the shoppers being "duped" – they dupe themselves. If they really believe that they can rely on a regulatory system that doesn’t know which way is up, then they get exactly what they deserve.