A matter of geography 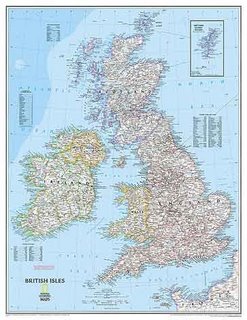 From the rush of media reports on the immigration chaos today, with The Telegraph offering a particularly strident front page, reporting that "immigration control was denounced as a mockery yesterday", one can only conclude that the very term "immigration control" has been elevated by this government to the status of an official oxymoron.

Any idea of immigration actually being controlled, it seems, has flown out of the window, as Home Office officials no longer even bother to excuse or conceal the fact that they have “not the faintest idea" how many people are here illegally and no figures on the extent to which people refused asylum were followed up for deportation.

Furthermore, Dave Roberts, who holds the title Director, Enforcement and Removals, at the Immigration and Nationality Directorate, says that checking on individuals was "not an effective strategy..." adding that, "we are making huge efforts to remove them but not at the basis of tracing individuals".

And, to add insult to injury, it now appears that not only are individuals not pursued, hundreds of thousands of National Insurance numbers are given to foreign nationals without any check on their status.

But what is especially chilling are the responses of home secretary John Reid and Tony Blair – the latter at prime minister's questions this morning.

Reid started the rot yesterday saying that, "We are not going to be able to solve this (immigration problem) until we have biometric passports and ID cards counting those who leave." He was then followed by Blair this morning saying that "electronic borders and identity cards" were part of the solution.

Unwittingly or not, what both these men have done is point up that they favour the "continental" model of immigration control rather than traditional British methods.

The difference is that on a continental land mass, with highly porous land borders between nations, there is no realistic chance of implementing effective entry controls. The system must rely, therefore, on a system of internal and administration checks, all based on the provision of identity cards to citizens – which differentiate them from illegal immigrants.

The British system, on the other hand, is able to exploit the fact that we are an island, providing a convenient natural barrier between ourselves and our neighbours. This means that entry controls are a realistic proposition. And, if controls at the points of entry are properly carried out, this means that we can have a fairly relaxed internal system, on the presumption that very few people will be in the country who are not entitled to be there.

It would seem that part of the chaos in the immigration system is the result of having dismantled the British "insular" system while not having yet introduced the continental system – which explains the enthusiasm for ID cards. But that begs the question as to why our politicians feel the need to change systems in the first place.

Undoubtedly, this is – at the very least – "guided" by our need to harmonise our systems with our EU "partners" and, as such, yet again illustrates the fatuity of adopting Europe's "one-size-fits-all" approach to administrative issues.

But, if the EU is having difficulty coming to terms with the fact that we are an island nation – and thus are able to do things differently – our politicians should be staunch in reminding them, and insisting that we exploit the advantages of our island status.

The trouble is that our politicians are now so imbued with the "European way" that they have evidently lost sight of what being British means, with the results that are only too obvious. Somebody, perhaps, should give Mr Blair an atlas and remind him that the British Isles are precisely what their title states – islands – on which basis, he should relearn the fact that immigration controls are largely decided by geography.