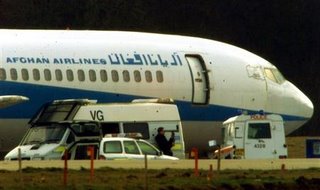 Well, it looks like we are required to give asylum to Afghan hijackers, a decision by Mr Justice Sullivan so absurd that, for once, we find ourselves in agreement with Tony Blair, who declared his judgement "an abuse of common sense".

Nor were we able to deport Mustaf Jama, the Somali criminal and one-time asylum-seeker, now being hunted by police in connection with the murder of PC Sharon Beshenivsky – who is now believed to have fled to Somalia, the very country that the authorities decided was so "unsafe" that he could not be returned there.

Nor indeed can be exclude, except on very limited grounds, any citizen of an EU member state, Directive 3004/38/EC guaranteeing "the right of citizens of the Union and their family members to move and reside freely within the territory of the Member States", and the EU treaties declaring that the "free movement of persons" constitutes one of the fundamental freedoms of the internal market. And should any of those people residing in our country commit criminal offences, even then our rights to get rid of them are severely restricted.

So strong, in fact, are the rights of criminals of all nations (including our own) that we have effectively lost our own rights to freedom from their depredations. We must suffer whatever they chose to impose on us – and pay for the privilege.

Thus, I wonder if I can be the only one to question the priorities of justice commissioner Franco Frattini who, according to Reuters has decided that football hooliganism is such a great threat that there should be a "Europe-wide ban" to keep offenders from travelling and entering stadiums.

It is not that one particularly wants to give such hooligans right of free passage, or that we would particularly disagree with Frattini – especially when he admits that this can only be done through member states' own laws – but we do question his rather distorted priorities.

When murders, rapists, child molesters, robbers, fraudsters and even hijackers, are given free passage as of right, why should he be getting so worked up about football hooligans?