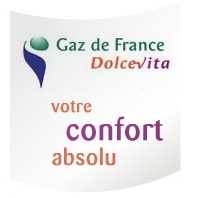 For all the huffing and puffing last February over the French move to block the merger between the Italian energy giant Enel and the French utilities company, Suez, it has come to naught.

This was the move which, as readers will recall, had the then Italian economy minister, Giulio Tremonti, squeaking in protest that it was "1914 all over again", talking excitedly about "war" and calling on Berlusconi, his then prime minister, to take retaliatory action.

Europe was "drifting into crisis", according to Tremonti, who warned that we would "end up like Europe's royal families after the Great War: all pointing their fingers at each other and saying 'you started it'".

Well, it turns out that the EU commission wasn't in the least impressed. Despite charges of "economic patriotism", it has decided – according to the International Herald Tribune - that France did not violate internal market rules by carrying out a "pre-emptive" merger between state-controlled Gaz de France and Suez, even if it was engineered to thwart the bid from its Italian rival.

The commission, you will be pleased to learn, has spent several weeks labouring over information about the French government's role in this affair and the spokesman for Charlie McCreevy, the EU internal market commissioner, has informed us that the reply from the French government was "satisfactory". "At this stage it really seems that this is enough for us," he says.

This is, effectively, a re-statement of McCreevy's view at the time, although it was hotly disputed by his commission colleague Franco Frattini, who declared that nothing less than the "European interest" was at stake.

This had prompted the commission president, José Manuel Barroso, joined belatedly by McCreevy, to issue a series of sharp oral warnings about the deal, saying the French action broke the "spirit" of EU law. But McCreevy still said he would need more proof to rule that France broke the letter of EU regulations.

Now, with the French documents well and truly studied, McCreevy has firmed up on his original statements and decided that there is not enough evidence to make a case that Paris breached EU law.

And, although the commission has not ruled out taking action once the French regulator had investigated the government's involvement in the merger, with Neelie Kroes, the EU competition commissioner, leading a review of the merger on antitrust grounds, this looks like the end of the affair. War has been averted. The tanks can go back to their bases and the troops can go home to their loved ones.

As for any suggestion that France has got away with it once again, all we can say is that we're shocked at the very idea, truly shocked, I tell you.