Have they thought this through? 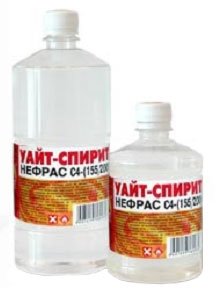 It was in February last that this blog dealt – in a rather cavalier manner, some of our readers thought – with the EU attempts to impose standards on vodka production in EU member states.

Then, the Agriculture Council had the Polish delegation, supported by the Danish, Estonian, Latvian, Lithuanian, Finnish, Swedish and German delegations, arguing over "the importance of restricting the current definition of vodka" in the commission's then current proposal on the definition, description, presentation and labelling of spirit drinks.

And, amazingly, it goes on. With member states still deadlocked, the commission has come up with an absolute corker – restricting the legal definition of vodka to drinks which are made only from potato or grain.

This has precipitated another of those periodic Brussels "wars", this time between Britain and the group of Nordic and Baltic States whose produce would confirm with the EU plan. Britain is at a particular disadvantage as 20 percetn of the British spirits market is made up of own label vodka produced from molasses or sugar beet.

Diageo, the world's largest spirit's producer, would also be among those hit as its premium Ciroc brand, which has been on the market since 2003, is labelled as vodka distilled exclusively from French grape skins. That, and the British brands, will - if the commission has its way - have to be called "white spirit" or "pure alcohol". Affected manufacturers are calling the proposal "protectionist" and "utter nonsense" in a matter where there is no consumer concern at all.

But they have all missed a trick. Just supposing they did get used to the name "white spirit", how would they then distinguish the drinkable product and the similar-looking product derived from petrol which is used as a solvent and in paints and varnishes.

And, with both products bearing the same name and looking the same (i.e. a colourless liquid) who is it that gets sued when some poor unfortunate drinks the wrong stuff, especially if the label is in Russian (see above)? Some manufacturers are even selling the solvent variety as "smell-free", for household use.

I suspect the commission have not fully thought this through.