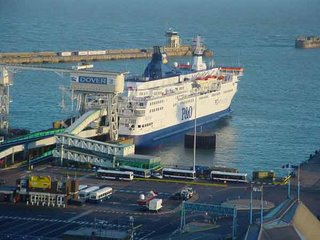 Both The Daily Telegraph and The Times today point out that British citizenship has been granted to nearly one million foreign nationals since Labour came to power in 1997.

Not only that, a record 161,000 obtained a UK passport last year, a 15 percent increase on 2004, and a further 214,000 lodged applications that are now being processed. Similar numbers are likely to have applied this year, on top of 750,000 new citizens already created in the previous eight years.

The rate of overseas settlement in Britain, say both papers, is now the highest ever and is four times greater than in the mid-1990s - reflecting unprecedented levels of immigration. In the late 1960s, about 75,000 new citizens a year were accepted for citizenship but this fell to about 50,000 after new laws were introduced in 1971.

For about 25 years the annual figure remained near or below this level, falling to a low point of 37,000 in 1997, the year Labour took office. Since then, there has been a spectacular increase, with the rate of growth accelerating every year. The scale of new settlements is a principal driver behind the increase in Britain's population, which is expected to grow by five million by 2020 while birth rates fall in other countries.

Whatever view you take of the general merits or otherwise of immigration, there can be no dispute that the absorption of so many people, so fast, into our society, is problematical. It is also fair to say that this government had no electoral mandate to open the gates and permit such a massive increase in immigration, in what is obviously a policy-driven issue.

Thus, one cannot disagree with Sir Andrew Green, the chairman of Migrationwatch UK, who says that, "Immigration on this scale is changing the nature of our society without public consent. It is no longer acceptable."

In fact, most people would agree, as indicated by a Populus/BBC survey for the Daily Politics programme poll yesterday, which indicated that immigration is regarded as the most important issue facing the country, with more than half of voters placing it higher than health or education on a list of concerns. Interestingly, the poll suggested that almost half of those questioned were "more worried about immigrants coming into Britain from Europe" than those coming from further abroad.

This is where the current figures are highly misleading, in that they record immigrant from non-EU member states, with about 30 percent of the new citizens last year born in Africa and 19 percent were from the Indian sub-continent, with Serbia and Montenegro close behind.

When it comes to the EU, however, there is nothing close to an accurate record. The official figure disclose that 392,000 individuals from the eight Eastern European states which joined the EU in May 2004 have come to Britain, but this figure relates only to those who have chosen to register for work. There are no statistics on how many entered unofficially, how many stayed and how many returned.

We are thus in the double bind of having to cope with a massively increased immigrant population while also being hampered by having no real idea of how many people have actually entered, and from where. It is hardly surprising, then, that people are saying "enough".