What kind of European Union? 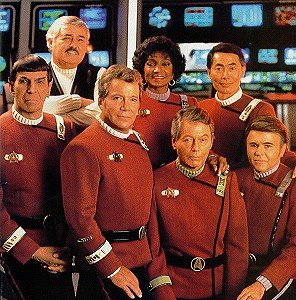 British Euroscepticism "is a myth". So says Reijo Kemppinen, the head of the Commission's EU representation in the UK, in an "exclusive interview" with Euractiv.com.

He wants to move the British debate away from the "useless to be or not to be" discussion. The UK, he claims, is not more eurosceptic than other member states. Depending on how you define eurosceptic, more than half of Europe is. "The British people may have great reservations as to how the institutions work and how they have been built," he says, "but I don't think people will put into question the idea of having an EU, it is more a question of what kind of EU."

I am thus reminded of a joke in which Saddam Hussein came to New York to attend a meeting of the UN Security Council. The night before, he spends his time in his hotel watching Star Trek and the following day, on his way into the Security Council, he bumps into George W. Bush.

George W. asks Saddam what he thinks of New York, and Saddam launches into an enthusiastic tirade about American television and, in particular, Star Trek. But, he complains, the programme is biased. You have Americans in it, he says. You have Russians, Chinese, English, all the world is represented… even extra-terrestrials, but no Arabs. "Why is that?"

Despite Kemppinen's fond wishes, I have in mind the same future for the European Union.