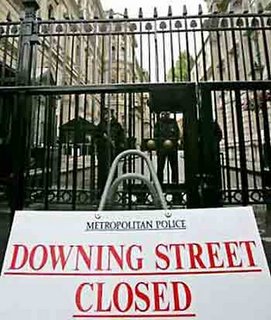 A constant refrain on this blog is the sentiment that not only is government not to be trusted, it is virtually a civic duty not to trust it – whether local, national or supranational.

This should not be from a sense world-weary cynicism but from a conviction that all governments are intrinsically malign and, if given an opportunity, will abuse their powers and waste our money.

The essential credo rests on the premise that we should tolerate government only because the alternative – having no government – is worse, but only as long as we, the citizens of a democracy, keep it in check.

Too often, though, the gullible "sheeple" believe governments to be a force for good, no better demonstrated than by the generally positive rating given to the EU over its environmental legislation, despite the appalling costs and the damage done.

It helps, therefore, occasionally, to bring the message home, addressing issues with which people are more familiar, to which they can personally equate. And there is nothing closer to home in this respect than crime, figures for which were released yesterday.

These figures reveal increases in major categories of crime. For instance, in the three months to September 2005, there were 315,800 violent incidents, compared with 304,300 in the same period in 2004 – an overall increase of four percent, with an 11 percent rise in the number of robberies. This is the biggest jump in street robberies for three years. 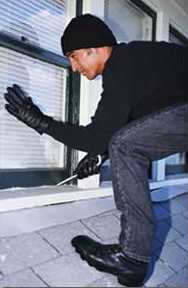 However, while acknowledging this rise – how could it do otherwise – the government points to its "success" in countering domestic burglary. This peaked in the mid-1990's and fell by 47 percent in 2003/04, albeit at a still massive level, the level in England and Wales then recorded at 943,000 incidents.

Furthermore, to explain the rise in street crime, police are trying to shift the blame to "teen-on-teen" crimes in which children attack each other for desirable items such as mobile phones, iPods and bicycles. This beguilingly simple explanation, however, does not even begin to do justice to the phenomenon.

What is happening, to a very great extent, is that crime is being displaced. In terms of burglary, householders, fed up with the rash of burglaries and police inaction have taken their own measures, have bought the improvements in burglary figures through increased vigilance and security, investing upwards of £430 million a year in security bolts and locks, in thief-proof double glazing and burglar alarms. And now that houses are not such the easy targets that they were, the thieves have moved elsewhere. 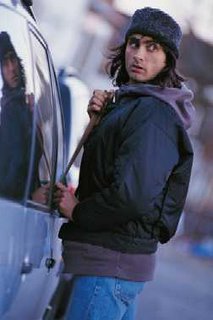 Similarly, reductions in car crime have been achieved primarily by insurers and car manufacturers, through features such as immobilisers, steering locks and car alarms. Yet this appears to have been offset by an upsurge in "car hijacking" – a crime normally associated with third world countries. Again, thieves have adapted their tactics to changed circumstances.

In an attempt at damage limitation, the Home Office glosses over the increased robberies and claims that the current British Crime Survey indicates that overall crime has fallen two percent, and violent crime by five.

This, again, is misleading. In the latter category, sexually related offences are not recorded, which makes overall estimation difficult. Additionally, violence against the person crimes are both notoriously under-recorded and acutely sensitive to variations in reporting procedures.

As to crime overall, there are huge gaps in the statistics. Neither fraud nor "commercial" crime are recorded in the Survey. Yet a study carried out by the Federation of Small Businesses revealed that nearly 60 percent of businesses had been the victims of crime, while over a quarter did not report it. Other data suggest that police may record only between 1 in 100 and one in 1000 shoplifting offences, and anecdotal reports suggest that internet crime (also not recorded by the British Crime Survey) is a major growth area which the criminal justice system is struggling to contain.

In other words, there is considerable evidence that, where one category of crime is targeted, criminals simply change their behaviour to exploit other weaknesses. Then, as long as their are huge gaps in the recording of crime – and criminal activity is being displaced to non-recorded categories – global crime statistics are unrelaible. They could well (and probably do) conceal an overall rise in criminality. 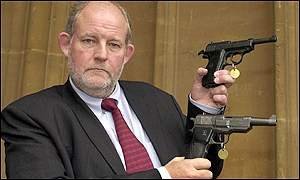 Needless to say, the government does not in any way recognise (or acknowledge) this state of affairs. Instead, as reported by the Times website, Clarke is asking "why (the) public doesn't trust crime figures". To find out, he is spending public money on a review of "why the public refuses to believe good news that crime is falling."

Clarke has set up a group to look at how Home Office crime figures are compiled and published, "in an attempt to allay the public's exaggerated fear of crime and the perception that society is growing ever more lawless."

"I have been concerned for some time that Home Office crime statistics have been questioned and challenged," he says. "This has got to the point that most people seem confused about what is happening to crime in this country, he adds, stating, "Despite the fact that most crime categories are falling, fear of crime is still too high and public perception is often at odds with reality. That is why we need to look again at the statistics and find out why people do not believe them.” 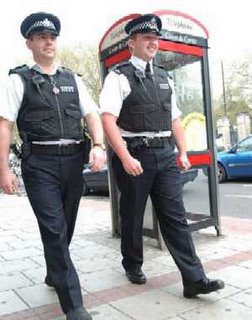 But people are not confused. The reason why they don't believe crime statistics is because their own eyes and their own experiences tell them they are not true. They also know that their police are manifestly failing to get to grips with crime, witness the recent report that the Metropolitan Police spent more on paperwork than in fighting crime - £123 million compared with £62.2 million dealing with robberies and £42.2 million on house burglaries.

But here, at least, we can rely on our own senses. In how many other areas, though, do our different levels of government "inform" us, where we have no means of checking veracity? And if this government honesty cannot relied on the matter of our own personal safety and security, how can we believe it on anything else?

It is not necessarily the case that everything our governments do tell us in untrue but, in our relations with them, there should be no question of "benefit of the doubt". The presumption must be that, if not actively lying to us, they are attempting to mislead – until proven otherwise.