Eat your hearts out boys! 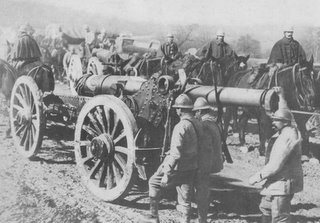 My colleague will attend to the events in Palestine a little later today, once she has made a dent in her day job. Meanwhile, I have been slightly hors de combat, delivering another of the Civitas lectures on the EU to sixth-formers – this one to a group 120-strong in a school near Barnsley.

Going into my now usual routine, I gave a powerpoint presentation on the history of the EU, starting with the battle of Verdun and working from there. As part of that presentation, I show pictures of two artillery pieces form the battle, one French (below, left) and the other German (below right) and – since being "interactive" is all the range - I invited students to spot the crucial difference between the two. 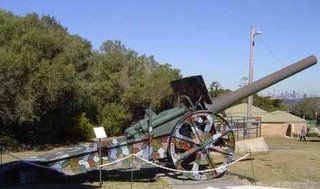 I have repeated this exercise many times over the years, and even taken parties out to Verdun, where examples of the artillery are ranged in front of the Museum of Peace, and to this date, no one has been able to tell me.

As usual today, when I asked the question, there was silence but, just as I was about to move on and give the answer, a small voice piped up from near the back of the room – a young lady. "The French gun hasn't got a recoil mechanism," she said. Dead right. All those strapping young lads I've shown the pictures to and not one of them got it. The young lady puts them all to shame. My colleague would have been so proud.

Readers might, by now, be asking what a recoil mechanism on a 1916-vintage German gun has to do with the history of the EU – and the answer is, a great deal.

As they doing now, prior to the battle, the French government had been cutting back on arms production and, in the early stages, they were ranging against the Germans pieces of 1875 vintage. The Germans, with their more modern guns - fitted with recoil mechanisms – were able to fire seven shells to every one of the French which, in a battle where the French alone fired over 12 million shells was a grave disadvantage. 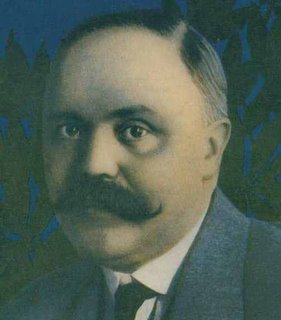 It was this huge disadvantage that nearly lost them the battle and which precipitated a crisis in the French cabinet, which led to the appointment of a French industrialist, Louis Loucheur, as armaments minister, charged with re-equipping the French Army.

From his wartime experience, Loucheur came to realise that the deciding factor in what was effectively, the first "industrial" war was not feats of arms, but industrial capacity – what he came to call the "sinews of war". In particular, he focused on coal and steel, reasoning that, if the independent capability of nation states to control the supplies of both was lost, then they could not go to war.

Hence, he came up with the idea of creating a superior authority to control the production of French and German coal and steel, in a bid to prevent a repeat of a war that had cost those countries so dear – and idea that was eventually to emerge in 1950 as the European Coal and Steel Community, the pre-cursor to the EU.

It was not Jean Monnet, therefore, who was the intellectual "father" of the EU, but that other Frenchman, Louis Loucheur, a man about whom few have ever heard, with fewer still recognising his pivotal role. And it all boiled down to a crucial difference between French and German guns. Well done that girl for spotting it. Eat your hearts out boys!