Russia is the key 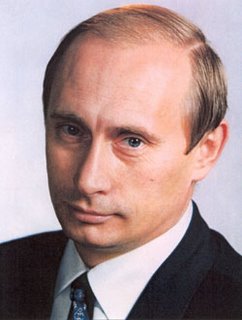 Reviewing this morning's press on Iran, the single thing that is most striking is not what is said, but what is not. The more I think about it, the more I am inclined to the view that the politicos and the media are misreading the situation, and are emphasising the wrong things.

As it is, the focus is on Iran and its recent decision to re-commence work on uranium enrichment, with various erudite – and less informed – comments on the application of sanctions through the UN.

But, as has been thoroughly rehearsed on this blog and on the forum, the immediacy of the crisis has not been brought about by the Iranian decision. At best, it would probably be late next year before Iran has enough material to construct even one bomb. Given the probabilities of launch or delivery failure of its relatively primitives missiles, the likelihood is that, to make a credible strike against Israel, the Iranians would want several bombs in their armoury before deploying them.

Thus, it is probably fair to say that there is no immediate threat from Iran, and any such threat may be several years away.

The other driver of the crisis is, of course, the political situation in Israel, with the prospect of a hard liner being elected in the wake of Sharon's departure from the political scene, with a mandate to take pre-emptive action against Iran. That put the date of a strike at the end of March, or shortly thereafter.

On reflection, though, that does not stack up. A strike at this time, when the Iranians have produced relatively little, if any, weapons-grade material, would cause relatively little delay, while a later strike, aimed at destroying or rendering inaccessible such material as had been produced, would have a more serious effect. Arguably, this suggests that the best option would be a watching brief rather than an early strike. 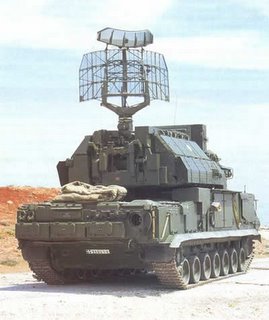 Fully to understand the significance of this, one must go back in history to 1970 and the "War of Attrition" between Israel and Egypt. With recently delivered US F-4 Phantoms, the IAF was able to command air superiority over Egyptian skies until June, when – with Soviet assistance – the Egyptians deployed SAM-3 missiles, the very latest in anti-aircraft weaponry.

On 30 June, the IAF launched a furious attack on Egyptian defences after it had been discovered that dozens of SAM-3 batteries and hundreds of AAA guns had been advanced the previous night. But, unlike previous occasions, two Phantoms were downed, both falling prey to Egyptian SAMs. Another Phantom was downed on 5 June, once again by a SAM. By August five Phantoms had been shot down and the IAF was forced to suspend operations over Egypt.

I was in Israel during this period and remember the profound sense of shock amongst ordinary people. Travelling on the busses, the radio was piped continuously to passengers and, when the news bulletins came on, there was absolute silence. Everyone listened and, following the news of the first downing, instead of the animated chatter that you so often get, there was tangible gloom. Unlike our ignorant, pampered population, the ordinary Israeli-in-the street was fully aware of the implications.

That has left the IAF with a profound respect for Russian-built SAMs (a respect that USAF pilots acquired when they met SAM-3s in Viet Nam) and they will be under no illusions that, with the deployment of SA-15s, the chances of a successful air strike against Iran will have been reduced to as close to zero as makes no difference. 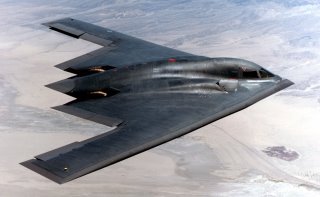 The new Israeli prime minister, therefore, is faced with a wholly new and uncomfortable decision. He will know that he has a very narrow window, when an strike could be effective. Following that, the only air force in the world which could deploy effectively in Iranian airspace would be the USAF, any strike spearheaded by its B-2 "stealth" bombers which would engage and suppress air defences.

For an Israeli prime minister – any prime minister - that is an uncomfortable position in which to be. He must either decide to act or give up any chance of future retaliation and trust that the United States, at some time in the unspecified future, will take the necessary action in the defence of Israel, should the need arise.

With what I know of Israeli psychology, my guess is that, at the moment, the "hawks" will be making the running. Whether they get their way depends very much on who is elected prime minister. In the case of Netanyahu, he has already said he would follow the example of former prime minister Menachem Begin who ordered the IAF bombing of Iraq's Osirak nuclear plant in 1981.

But the central point is that this current crisis has effectively been triggered not so much by the Iranian action, but by the Russian decision, in December last year, to sell the Iranians advanced anti-aircraft missiles. Thus, while the Western powers line up to condemn Iran, and look to Russian as an ally, perhaps they should be focusing their attentions on Russia, demanding that it delay deliveries of weapons to Iran.

Of course, with the EU cosying up to Putin, and reliant on Russian gas, it is unlikely to take this course, which leaves the Israelis exposed and the situation ever-more dangerous.