A matter of spin 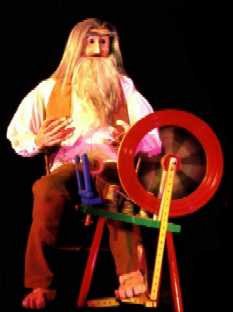 Dead-tree sellers do have their uses. They occasionally come up with stories on their own (without cribbing agency copy). And, in yesterday's Telegraph David Rennie comes up with one which, on the face of it, looks quite good, headed: "Red tape 'turning best firms away from Europe'".

Mind you, all he had to do was turn up at a press conference on Friday, so it was no great feat.

However, I did start to curse him when I read the story, which refers to a report to the commission by Esko Aho, the former prime minister of Finland. Nowhere does Rennie give the name of the report, making it difficult to find on the net. It looks, though, as if the report (called, as far as I can tell, "Boosting European research and innovation") has not been published, so he can perhaps be forgiven.

That aside, when I read some of the agency reports of the same press conference, I began to wonder whether Rennie was actually there. Possibly, he attended a completely different event.

From the event he attended, Rennie has it that "Europe's most successful companies are turning their backs on EU markets because of red tape". The companies that Europe needed to survive were instead investing more money than ever in the United States and Asia and the "lack of investment was so dire that it threatened Europe's 'comfortable' way of life."

He then cites the report author, Esko Aho as saying "Europe has to act before it's too late," adding that, "the findings made unsettling reading for the EU leaders, ripping into their pledges to build a 'knowledge-based Europe'".

When one refers to the AP report, however, its "take" is completely different. "Europe Needs Pact to Keep Pace", it reports, stating that: "European leaders should seal a pact boosting EU research and innovation to stop Europe from falling behind other major world economies," again citing Esko Aho's report.

AP does agrees that "businesses are deterred from investing...", but focuses that claim much more tightly than Rennie, adding, "...in research" – which is actually what the press conference was about.

But – at least according to AP - it isn't just a matter of "red tape". The problem is partly because "the European market is not innovation-friendly… research efforts are often fragmented so more coordination is essential." Thus, says AP, the report calls for better access to venture capital funding to finance innovative companies and more movement between universities and business.

Now we turn to EUpolitix and find its headline proclaims: "EU calls for cash to back talk on research", with the text reading: "European leaders need to show a greater willingness to match strong words on boosting research with adequate financial support, the European commission warned on Friday."

But get this. EU "research chief" Janez Potocnik – the Slovenian commissioner – was there. He "warned" that European countries should not go it alone when it came to measures to boost innovation… "There is no doubt that some kind of co-operation is needed at the EU level," he tells the conference.

Now cut to Jozef Cornu, a former president of Alcatel and one of the four authors of the Aho report. According to EUpolitix, he "gave the concrete example of traffic control technology," offering the following:

Virtually every EU country is considering introducing some form of electronic traffic control technology or road toll system. But none of them are compatible. There are no standards, no norms. This inevitably means that companies think small – on the country level – and rarely on the European, let alone global level.

Potocnik then returns to the fray, saying that the commission was considering measures for increasing its role in co-ordinating R&D investments across the EU, but warning that it was "complicated". "We would have to go much further than simply the R&D arena," he said. "For example, technology for traffic control also involves co-ordinating in terms of infrastructure – the roads themselves."

Then we get to Reuters. It tells us that "Aho fears that without action at the EU level, some member states will focus on national research projects that would accentuate Europe's fragmented markets."

Re-reading Rennie's report, I would, after all, concede that he was at the same event. But nothing of the flavour of the other reports comes over in his. This was not an attack on EU "red tape", as such. There is merely passing reference to that problem. It is mainly a call for more "co-ordination" and the spending of more state money.

But Potocnik's comments are chilling: "We would have to go much further than simply the R&D arena," he says. "For example, technology for traffic control also involves co-ordinating in terms of infrastructure – the roads themselves." We're in Galileo territory here, and this looks like the start of a power-grab to me.

The best I can say of Rennie, therefore, is that the Telegraph gave the story a "spin" that it knew would please its readers. But I do not think we have been well served by the paper. Did I really say that dead-tree sellers had their uses?