The march of the clogs 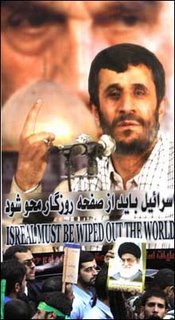 If you go over to the Telegraph website and look at their new venture into blogging, you will see them preening themselves about their "professionalism", as they pile in to grab their share of this new medium.

As I pointed out in my piece on the Charlie Wolf programme in the early hours of this morning, however, these are not real blogs. They are what I call "corporate blogs" – cautious, stultified and leaden.

What brings on this petulant rant, though, is my utter disgust at the Telegraph this morning, and its story headed Fury over Austrian 'super' rifles for Iranians. Reading it, you really have to question the news values of the newspaper. You can't call it "amateur" – that is unfair to amateurs. Certainly, it is unprofessional. Some might call it moronic. 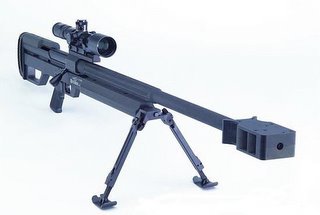 In itself, you might think, it is a sound enough report, written by "defence correspondent" Thomas Harding. It describes how – as the headline indicates – the Americans and British are "furious with Austria" for supplying Iran with 800 HS50 Steyr-Mannlicher sniper rifles.

This is, in fact, quite an old story – it actually broke in late December, but the story now becomes news because Iran is in the headlines and – more importantly - in the Telegraph’s eyes, potentially, these rifles could be used against "our boys" in Iraq. The slant, therefore, is essentially tailored to domestic concerns, entirely reflecting The Business complaint about "Great Britain's increasingly parochial media and political establishment…". 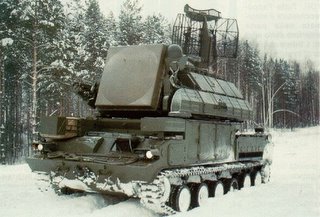 But, what is especially infuriating is the last sentence of the article: "Iran is said to be re-arming after a £455 million deal with Russia for missiles and radar to ward off any air strikes on its nuclear facilities." That, would you believe, is the Telegraph’s first and only mention of the Russian deal to sell Iran SA-15 Gauntlet air defence missiles.

Now, it may be that I am going over the top in my concern for this development – and there has been a healthy debate to that effect in our forum, but none of our commentators will dispute that the issue is important. For the "professional" Telegraph, however, it is worth one line at the bottom of another story. That is a measure of how low the paper has sunk, and how desperately poorly we are now served by our media.

I should not, however, reserve my bile solely for the media. For a situation that represents one of the most egregious failures of the EU pretensions of having a foreign policy, and an utter, humiliating defeat for its concept of “soft power”, the Eurosceptic community has been remarkable quiet. No reference is made to the issue on the UKIP site, and there is no specific thread on the separate UKIP forum.

As for the Conservatives, the latest we get in on 11 January, with Cameron, predictably, calling on the prime minister "to maximise an international consensus for referring the case to the UN Security Council."

At least in The Telegraph we do get a halfway decent op-ed from Charles Moore, but if you want really informed commentary, you are not going to get it from the MSM or their oh so professional clogs.