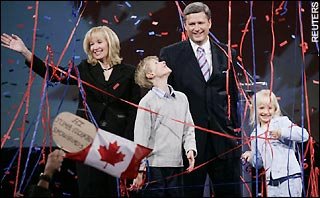 "The Liberals had run a campaign portraying Mr Harper as an extremist determined to wreck the welfare system and the country's "diversity". But that cut little ice with the electorate. His platform of a crackdown on crime, tax cuts, increased defence spending and greater power for the provinces impressed many." (Daily Telegraph.) 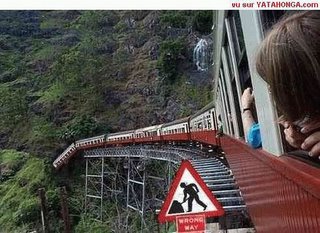 "It is the Tories' sheer economic illiteracy that is so depressing. Cutting taxes and spending is not about making the rich richer or grinding the faces of the poor by depleting their public services. It is about encouraging enterprise and prosperity, and pointing out to the public sector that just because the taxpayer happens to fund it doesn't mean it has a licence to stand under the proverbial shower tearing up £5 notes. The "stability" that Mr Osborne talks about will come only with growth, and growth will come only with better productivity, and better productivity will come only with rigorous efficiency and spending controls and higher-quality investment in the productive sectors of the economy, which must be funded by tax cuts. Got it?" (Simon Heffer.)