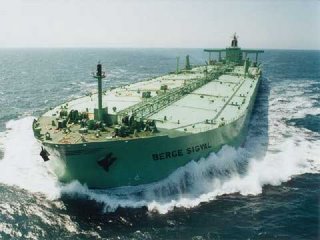 So, Iran has withdrawn its investments from Europe, thus to pre-empt a potential asset freeze, should the UN eventually be dragged into apply economic sanctions.

All sorts of dark motives can be inferred by the movement of vast amounts of money from the Middle East and this move has certainly had the pulses racing of a number of conspiracy theorists. Many, for instance, have long asserted that the US invaded Iraq only because Saddam threatened to convert his oil funds into euros, breaking away from the petrodollar.

It is interesting, therefore, to watch the reaction of the money markets to this move which, according to Reuters, has been minimal. Loftily, the agency explains that Iran's reserves and investments "are probably too small to rock the $1.9 trillion-a-day foreign exchange market."

That is a fascinating figure, well known to most economists but it rather puts things into perspective. At $1.9 trillion a day, that means the amount of money traded in one day is roughly equivalent to the annual GDP of the whole of the UK – until recently the world's fourth largest economy – and to roughly one sixth of the US GDP. By comparison, the whole of Iran's economy is relatively small beer.

The analysts are, however, a little wary, saying that the dollar could feel a pinch if the move by Iran influences other major crude exporters or further inflames the stand-off between Western nations and Iran, currently the world's fourth largest oil exporter.

What is seen as a more immediate problem is Iran retaliating in the form of curbing oil exports. This which would have a severe impact on Japan, which takes a quarter of Iran's exports, and could have a knock-on efeect on the dollar.

But the real "biggy" is the possibility of a military strike on Iran, which is already causing many oil analysts to expect $80 per barrel oil as early as this quarter. A credible threat is then seen as Iran blocking the oil waterways in the strait of Hormuz, through which passes a quarter of the world's traded oil.

It looks like the markets are taking the threat somewhat more seriously than our media. But, as they always say, money talks (whereas the media simply prattles).