No thanks to the EU 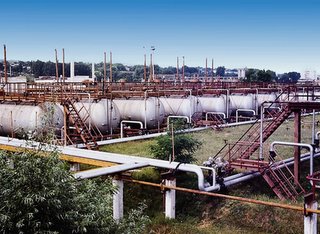 Moldova seems to have come to an agreement with Russia over the supply of gas. As we reported before, this was cut off as Gazprom decided to raise the prices suddenly to what is quaintly described as market levels. As the prices Gazprom sets differs from country to country, the market may be said to play little part in the considerations.

As our readers will recall, Moldova appealed to the EU to arbitrate. This did not happen, though, according to the BBC World Service website,

“The European Union said on Tuesday it would send a delegation to evaluate the situation, but said it did not expect to play a part in the negotiations.”

A compromise of a kind was reached by Moldova, who will now pay $110 per cu. metre, more than Ukraine has agreed on. But then Moldova is not channelling gas to Europe and has no leverage.

Russian control (for which read Russian government control) on the supply of energy to Europe is set to increase:

“Gazprom, meanwhile, has been increasing its presence in the region's gas industry and said it would take a 50% stake in RosUkrEnergo, a company with a near-monopoly over Ukraine's gas imports.

At the same time, the Moldovan government has signalled its willingness to cut its holding in Moldovagaz, a joint venture with Gazprom.”

One wonders whether Chancellor Merkel raised any of these problems with President Putin and what the answer might have been. Frosty, I should imagine. These considerations are bound to play some part in European “thinking” about Russia’s role in the whole Iran imbroglio.