The Boy-King comes out fighting (sort of) 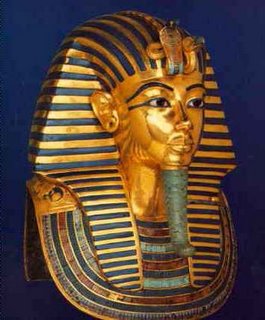 Several interesting and rather depressing articles in today’s Daily Telegraph. In the Business Section Ruth Lea, Director of the Centre for Policy Studies, attacks the Work and Families Bill, that has left the Commons and has started its path through the House of Lords, where it might conceivably be amended.

This piece of legislation will, when enacted, put extra burdens of regulation and paperwork on all business but while the bigger ones will moan and hand the problem over to the HR departments, the small and medium-sized ones (support for whom is the policy pronounced by HMG and by our real government in Brussels) will groan and, possibly, fold.

This is supposed to be a family-friendly Bill, though why something that is going to be so destructive of smaller businesses, many of which are run by families and all of which provide employment, be called family friendly, is anybody’s guess.

“These extra "family-friendly" provisions include the extension of paid maternity leave from six to nine months. The complication arises with the proposal to allow fathers up to six months paternity leave (which could be partly paid) during the child's first year, if the mother returns to work during this period. Suffice to say, the administrative problems could be quite horrific.”

Could all the people who will lose their jobs and businesses be employed as gender out-reach officers? Surely not.

The other part of the Bill, deals with more and more allowances and regulations for annual leave, measures that Ms Lea characterizes as part of the Warwick Agreement of July 2004 – the price of the unions’ silent support of the government.

Of course, it is not all as simple as that. There is the question of the Working Time Directive (2003/88/EC), from whose provisions we still have a few derogations that the EU is anxious to get rid of.

In fact, most of the employment legislation to do with maternity, paternity and adoption leave comes from various EU directives and framework directives. In other words, though the Bill is a little coy on the subject of EU legislation, much of it has to be introduced if we do not want to find ourselves in trouble with the ECJ. And there is the Charter of Fundamental Rights on the way, which is already being taken into account by the ECJ.

“In addition there has been the introduction of the National Minimum Wage, ratcheted up annually, and a raft of complicated regulations from the EU on anti-discrimination measures, working time, working conditions and information and consultation procedures.

One may have thought this was enough. But no - far from it. The EU, intent on creating a socialist workers' paradise, continues to harass the UK about its opt-out from the compulsory maximum 48-hour week and is undoubtedly going ahead with implementing the employee-friendly Charter of Fundamental Rights.”

That’s in addition to all the business-unfriendly legislation introduced by this government, though not entirely off its own bat.

Right, so that is the problem. Do we have a solution? Well, not from the government, obviously or the Lib-Dims, who are engulfed in their own personnel problems at the moment and who may well end up with the euro-fanatical Christopher Huhne as leader. (Personally, I would quite welcome that. It would make the position very clear.)

But, luckily for us, there are two articles on Conservative policy in the same newspaper. First, let us look at Master Georgie Osborne, the shadow chancellor, who has accused Gordon Brown of squandering various advantages he had inherited from the Conservatives.

Undoubtedly true but what is Master Georgie suggesting? Well, he is no longer suggesting tax cuts and has abandoned the idea of looking at flat tax as a possibility. Nothing too radical, then. Slightly radical? Well, errm, no.

Stability must come before tax cuts and, above all,

“He said the Tories would sort out public spending before they promised any tax cuts, but added that stability and a "supply side revolution" would eventually result in growth outstripping spending, leading the way to lower taxes.”

It is not unreasonable to suggest that tax cuts must be tied in with a reform of public spending and an understanding that it should be limited to those branches of economic and social life that can be done only by the state (these are rather limited). But that is not what Master Georgie is saying.

The Tories will sort out public spending. What does that mean? Introduce another level of supervisors on top of the ones we have already to produce more bureaucracy in the name of “sorting out” public spending? And what of the public spending that comes out of the legal requirement that we adopt all EU legislation? The Work and Families Bill will not come cheap either in the immediate amounts of money, paid for by the taxpayer or in the long term effect on economic growth.

“We need a new approach that puts fiscal responsibility at the heart of tax and spending decisions. It is called sharing the proceeds of growth.As the economy grows, we will share the proceeds of that growth between spending on public services and reducing taxes.

Over an economic cycle, output will grow faster than public spending. We aim to use the surplus growth to lower taxes.”

And if the economy doesn’t grow because the economic and political climate is not conducive to it? What, then, of the proceeds to be shared?

Never mind, I thought, there is an article by the Boy-King himself or whoever is on article writing duty this week. That will tell us exactly what we want to hear.

A good crisp start to the article:

“I believe that our country urgently needs a Conservative government to tackle the challenges we face and to prepare Britain for success in the 21st century.”

The trouble is, ever fewer people believe that the party under Master David Cameron will provide us with a Conservative government. One suspects that this view is being expressed ever more loudly within the party itself. Why else would the Boy-King need to write this?

“The next question is perhaps the one I hear most often. Is what we're doing Conservative? Aren't we just turning the party into a pale imitation of New Labour? I am Conservative to the core of my being, as those who know me best will testify.

Unfortunately, he does not exactly explain what those Conservative values and responses are beyond saying that they are different from Blair’s top-down ones. But how different?

Take education, for instance. The number of people I met recently who were disgusted with Cameron’s comments about grammar schools (though he appears to be proud of them) is very high. All of them would have been Conservative voters in the past – very few will be in the future. What is the Boy-King going to say to them?

“So in education, for example, while we want to give head-teachers more freedom to run their schools, and ask all parents to take responsibility for their children's education, we also believe that government should show leadership in areas where it can make a decisive difference: synthetic phonics to teach literacy properly; setting by ability to stretch the brightest pupils.”

No choice, no selection, and head-teachers to be given freedom to run their schools within the rules imposed by the government. Ahem, top-down or what?

The rest of his ideas are as vague as ever – trusting people; we are all in it together; environment matters; we must get rid of poverty; and there should be motherhood and apple-pie for all.

And there is one word that is conspicuously absent from this article just as it is from Master Georgie’s: Europe. According to Ken Clarke Cameron is the most euro-sceptic Tory leader since before euro-scepticism existed. Unless Clarke has gone completely ga-ga, he must know that this is completely untrue. One must assume that his comment was part of the campaign to pacify those grumbling grass-roots members and potential supporters.

Maybe, if Clarke calls him a euro-sceptic, would-be Conservatives will flock to the Boy-King’s court. Judging by the article in the Telegraph, it did not work and the Boy-King had to come out fighting himself. Sort of. Somehow, I am not convinced this will silence the grumblings either.