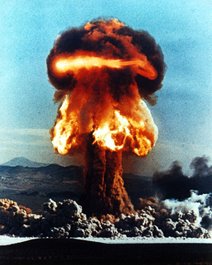 If I was asked to nominate the single, most pressing political issue of the moment, I would have no hesitation following the lead of The Business and pinpointing the growing crisis in the Middle East.

For my second most important, I would pick the not unrelated issue of energy – and particularly electricity generation – not least because disruption in oil supplies attendant on a Middle East crisis would have a devastating effect on our economy and well-being.

In both, it seems we are not looking to the distant future, as Iran could well be have a nuclear arsenal as early as March, the consequences of which could be devastating.

Among the possible scenarios – which I have not seen in print anywhere, although it has undoubtedly been discussed – is the possibility that Iran could actually be successful in launching a nuclear strike against Israel. Given that eventuality, there is – at the very least – a possibility that a dying Israel could launch a retaliatory nuclear strike against Iran, in a major act of escalation – with who knows what result.

It is very far from fanciful, therefore, to suggest that we are facing the most serious threat of nuclear war – albeit on a regional scale – since the Cuban missile crisis of 1962.

In a world with a grown-up media and politicians, one might expect this prospect to be at the top of the agenda, dominating the coverage and discussion but, certainly, as far as the UK media is concerned, the dominant event is the forthcoming election contest for the leader of Britain's third-largest political party. 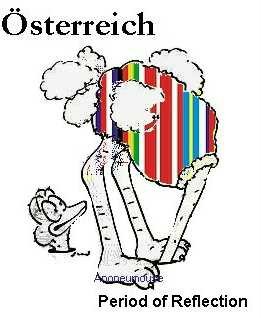 Thus it is that both The Telegraph and The Independent devote space to the attempts of the presidency to revive the constitution, one option being to "cherry pick" favourite elements from the moribund treaty.

Particularly keen on this is Javier Solana, the EU foreign policy chief, who was expecting to become the first foreign minister of the European Union - a post that will only be created if the constitution is ratified. According to The Telegraph, Solana told the Brussels journal E!Sharp that ratifying the constitution would have been a major boost to European foreign policy. He is cited as saying, "I can tell you that the sooner the elements that are contained in the constitution relating to the decision-making structure are put in place, the better for the EU. Time is important."

He got that last bit right, but the unholy obsession for the trivia of institutional structures is redolent of Nero fiddling while Rome burns. By the time the colleagues get down to discuss who does what, the game could be over and the "Sound of Europe" that Austria is using as its theme could be the (hopefully) distant rumble of nuclear explosions.