A matter of inevitability 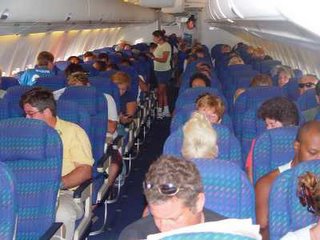 With the preliminary ruling on 8 September going against the airlines, there was no way that the final ruling of the ECJ was going to be any different.

So it has come to pass that, yesterday, the challenge against the EU’s airline passenger compensation rules – the so-called "denied boarding" directive – was defeated, when the full court ruled against the airlines.

The judgement, set out in the court’s press release, gives no quarter. In deadpan prose, the airlines’ arguments are simply tossed aside, leaving the likes of Rynair having to pay compensation to passengers for cancelled flights at levels considerably higher than the face value of their tickets.

The International Air Transport Association (IATA), which represents airlines, had led the challenge, and its chief executive, Giovanni Bisignani, was not happy, telling The Financial Times that: "Higher costs for air transport with no added value does not pass the good regulation test, let alone the common-sense test". Needless so say, the commission welcomed the decision as "good news for passengers."

IATA estimates the regulation will cost the industry more than £410m a year at a time when it is facing higher fuel charges and increased competition, which can only come from travellers' pockets.

Low-far airlines are hardest hit, with a spokesman for EasyJet declaring: "We think it is one of the worst pieces of legislation ever produced by Brussels because it makes airlines responsible for paying compensation for events wholly out of their control."

Presumably, when these airlines increase their fares to pay for this legislation, the commission will be equally ready to announce the "good news for passengers".