Is there any limit to their fantasies? 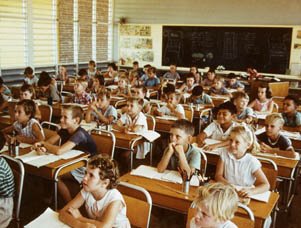 Günter Verheugen, the EU enterprise and industry commissioner, has come up with another of those "corkers" than could only emanate from those Ivory Towers in Brussels than masquerade as the Commission's headquarters.

According to the Financial Times, he is now advocating that schools should take on the task of teaching "entrepreneurship", as part of the battle "to raise economic growth and job creation". He warns that many countries are "in the grip of an anti-business climate" and says the fightback "must start in the schools and universities". 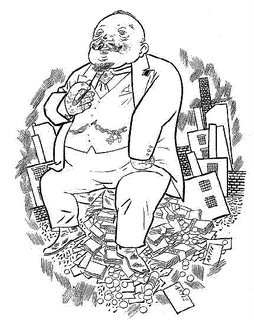 Many schoolbooks, he claims, perpetuate an image of the business person as an "old, fat man with a bowler hat and a cigar who is exploiting his workers" (Really? - are we thinking of the "fat controller", by any chance?) and now wants teachers to redress the balance, instructing school kids on how to set up businesses and the joys of becoming entrepreneurs.

Apart from the idea of a set of state employees – most of whom have never run a business in their lives and have little knowledge of commerce – teaching kids thus, no doubt Kommissar Veheugen will also have them enthusing about the prospect of kids learning the contents of the 97,000 pages of the EU's acquis communautaire, which will then govern their daily lives.

But, on the other hand, that would mean that children had to be able to read and write first… now there's an idea.