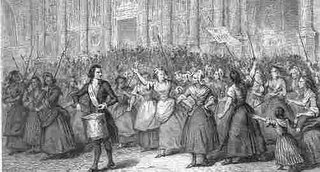 Our readers, I hope, will forgive me for this sudden display of revolutionary fervour. Yesterday I went to see Jean Renoir’s 1937 film La Marseillaise. (What would one do for films if the National Film Theatre did not exist?) As a long-term afficionado of propaganda cinema – I first saw Battleship Potemkin when I was eight – I have to say that, allowing for the fact that it was about twenty-thirty minutes too long, La Marseillaise was infinitely better than all those Soviet films.

There are many reasons for that, concentrating on the fact that Renoir was a near-genius as a film-maker, whereas most of the Soviet ones, including Eizenstein and Pudovkin, were also-rans. Others were not even that. As for the present crop of left-wing propagandists in Hollywood, they are not fit to be mentioned together with Renoir.

In one of the most striking scenes in the film the men of Marseilles start signing up for the battallion that will march to Paris, taking the famous song with them, while the women of Marseilles, egg them on by a rousing chorus of “Ah ça ira, ça ira, ça ira …” I imagine, many of our readers will know that the burden of the song is that we shall hang the aristos on the lamp-posts.

Now I don’t feel that strongly about aristos. Not the real ones, anyhow. I know a number of them in the House of Lords and a very good job they do for no money and precious little thanks. In fact, the House of Lords is the only part of the British constitutional structure that still fulfills its duty.

Could we not, however, stretch the term “aristo” to include our real masters? For instance, as we agreed with the friend I went to the NFT with, every time one looks at the smug face of the Boy-King of the Conservative Party and hears his pronouncements about how well-meaning toffs like him and his friends will tell us, poor helots, how to run our lives …. OK, OK, I shall not go down that road yet.

Before we get to the Boy-King and his cronies, there are some real enemies to deal with. And none more important than the UN. And this is where one starts chuckling and humming “Ah ça ira, ça ira, ça ira…”. Because the UN is about to get enmired in another scandal. 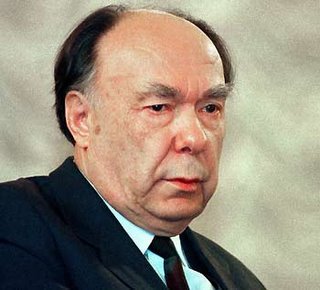 There was an interesting side-shoot growing out of the Volcker inquiry. The commission, as the Washington Times reminds us, “had accused [a purchasing officer, Alexander] Yakovlev of pocketing more than $950,000 in illegal payments from companies seeking U.N. contracts”.

Yakovlev pleaded guilty in US federal courts and proceeded, as they say, to sing like a canary. At the time we, together with others, predicted that there would be interesting consequences.

There is now a so far internal inquiry going on into suspected fraud in UN purchasing, in particular, in the peace-keeping sections. Eight officials have been suspended, the highest of these being the Singaporean Andrew Toh, the assistant secretary-general for central support services who is protesting his innocence volubly and U.N. procurement division chief Christian Saunders, who works for Mr. Toh.

Four of those suspended (with pay, naturally) had been recalled from peacekeeping duties (and one wonders what those duties entailed).

Of course, internal inquiries, suspension with pay as an administrative rather than disciplinary act, none of this is really serious. But revolutions do not happen when the ruling elite is at its strongest and most self-assured; they happen when there are cracks in the façade, when the rulers quarrel among themselves, when their dirty linen is washed more and more in public.

As catering firms like Compass Group PLC and its subsidiary Eurest Support Services are also being suspended and investigated, the story will not stay within those internal commissions.