The limits of centralisation 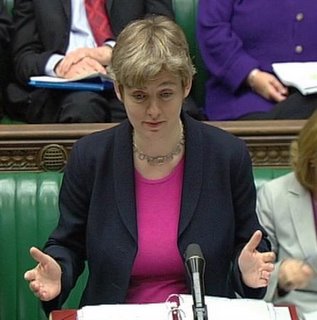 In what is turning out, unintentionally, to be a multi-part essay, following on from my pieces on the limits of Euroscepticism and the limits of integration, my gaze today fell upon the front page of The Daily Telegraph to see two headlines with the now obligatory colour photograph of a semi-clothed model (or is it an actress?) squeezed between them.

I have, incidentally, posted back on one of the Telegraph "weblogs", as they so quaintly insist on calling them ("clogs", to you and me), pointing out that, increasingly, the main use for their newspaper is cat litter - except cat litter is cheaper and the text on the packet is more interesting (and takes longer to read).

The main story is about "mini-brothels" being given the go-ahead and the second is about the possibility that "towing away cars could be a breach of human rights". This is, of course, at a time when the situation in Iran is giving us grown-ups cause for considerable concern, yet the paper does not see fit to report on latest developments (correction: down-page on pg 15 - I missed it). 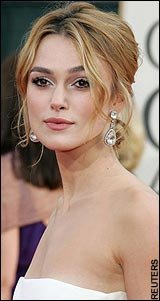 Anyhow, I digress – slightly. Mercifully absent – from this edition at least – is the continuing docu-soap of Ruth Kelly and the debacle of the school sex offenders' register. But in this issue lies one of those defining moments in politics, which has largely been missed by the media – now there is a surprise.

This came on Monday when, with the embattled secretary of state under pressure from all sides, an official from the Department of Education announced: "We are looking at the role of ministers in the decision-making process and whether they should take these decisions."
The reason why this is one of those "defining moments" is that, once again, an elected politician in trouble is seeking to evade responsibility - or in this case "restore public trust" - by stepping out of the decision-making loop and handing over responsibility to the er… officials. 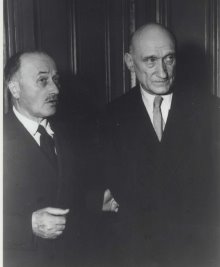 This, in fact, is the core ideology of the European Union - the root of Monnet's thinking, which he passed on to his mate Schuman. It is based on the premise that mere, venal politicians cannot be trusted with real work. Decisions must be left to wise, disinterested officials, who will weigh up all the "relevant" issues and pronounce in the "public interest". These are the "Platonic guardians" – this is the creed of the technocrat.

Developing this theme, I have for the past few weeks been working on a research project devoted to the government's plans for police "restructuring" – this one for my MP who is especially outraged by Clarke's posturing. The one thing that comes over from our researches is that, to perform effectively, policing must be locally monitored and locally accountable, run by elected local officials.

That much emerged from Mayor Rudolph W. Giuliani's famous experiment in New York when, in late 1993, he introduced a regime of "zero tolerance", turning a notoriously crime-ridden city into one of the safest in the country.

A key component of his success was intensive crime analysis sessions, using up-to-the minute crime statistics and computer "pin mapping" technology based on a system called COMPSTAT. This "transformed the NYPD from an organisation that reacted to crime to a Police Department that actively worked to deter offences."

A crucial part of this was the publication, week by week, of local crime figures, so that residents of each neighbourhood could see exactly what was happening on their patch and what the police were doing about it. This was "accountability" in practice, where watch commanders were held personally responsible for their performances and sanctioned if they did not deal with the problems for which they were paid to resolve.

But one of the broader points that also emerges is one of "localism". When central government interferes in local policing, the result is always an expensive disaster. Yet, down at local level, Decatur police department in Alabama – serving a population of 54,000 – boasts an establishment of 51 full time police employees, including support staff. It is able to do a better local job than the hundreds and thousands of overpaid Federal officials. There were, incidentally, 66 applicants for the police chief's job.

The problem which emerges from this is that, as central government takes on more tasks, national politicians (and ministers) become submerged in so much detail that they can no longer cope. Inevitably, they slough off more and more tasks to their officials – hence Ruth Kelly seeking to delegate one of her responsibilities to a new band of officials. Centralisation, therefore, is the thief of local democracy and accountability but it does not spawn central democracy. Instead, it becomes the precursor to technocracy, leaving politicians to whitter away about "mini-brothels" and miss out on the minor fact that the offical theft of other peoples' cars is not always a good idea - bringing us neatly back to the original theme.

If we are to return to good government, therefore, there must be limits on how far centralisation is allowed to proceed. The problem is that no one, as yet, seems to have a handle on how to stop it.

I have a feeling that we will be coming back to this subject.