And the "colleagues" plot and scheme 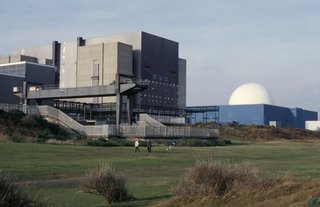 Following their carefully staged agenda aimed at pulling energy policy into the EU maw, the commission today released a survey which claimed that 47 percent of "EU citizens" want decisions on energy policy to be taken at a European level.

According to this survey, which was conducted last year – before the Ukraine gas crisis and the heightened tension in Iran - a smaller number of people, 37 percent, prefer decisions to be taken by the 25 member states themselves.

In addition, 48 percent favour solar power as a means to produce energy, with 41 percent seeking further national investment for the research and development of renewable technologies. Only 12 percent wanted extended use of nuclear power as an energy source.

Interestingly, it is not that "divisive" in France, where Chirac seems to have decided on a new direction for his country's nuclear policy, with barely a whimper from the French media and with not a single comment this side of the Channel.

Anyhow, the commission is presenting a green paper on European energy policy to the European Council at the end of March, which will then be used to increase debate among governments and industry in the EU. It could, it says, "potentially be used as the basis for future legislation".

Our local government – the one in Westminster, that is – has already launched its own consultation, offering forms which can be completed on-line. But one sometimes wonders whether there is any point in these exercises when, as the EU survey indicates, public sentiment is so ill-informed.

Any body of people which favours solar power as a better option than nuclear, by a factor of four-to-one, has a long, long way to go before it even begins to understand the issues. One sometimes feels that the Chinese have the right idea.