Has Europe lost its soul? 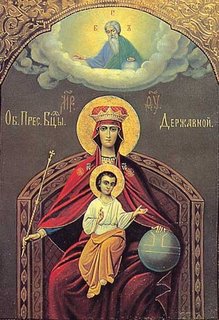 That is the question asked by the writer on political, philosophical and relgious matters, Michael Novak in a paper, published on the American Enterprise Institute (AEI) site.

His conclusion is yes and he is worried that Europe will, through its obsession with collectivism and socialism, through its refusal to live up to its Judaeo-Christian heritage and through its disregard for its own history, repeat all the mistakes of the twentieth century in the twenty-first.

While I go along with many of his arguments, I do find the final paragraph puzzling:

“Europe will find during the next 30 years that it desperately needs alliance with the United States, for many reasons. It is utterly clear to Americans that in the immense challenges looming ahead in the 21st century--from China and India, as well as the Middle East--we will desperately need an alliance with a strong and united Europe. That is why the prospect of a Europe beset with sickness of soul, and with illusions about its own spiritual health, worry us deeply. We very much need Europe to be successful--and soon.”

Michael Novak, it seems to me, undermines some of his own arguments by misunderstanding European history. How else are we to interpret the implication that a strong Europe (yes, probably, the United States does need it, though not as much as all that) is a united Europe? Or, perhaps, he does not mean united in the political sense.

Too often American commentators, who study European developments and understand a good many of them, go astray by that sort of vagueness of definition.

Nevertheless, we cannot recommend the piece strongly enough to all our readers.