The limits of the media 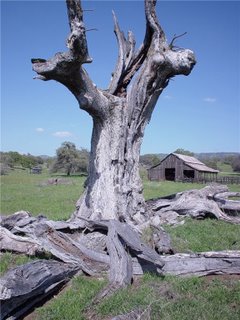 Continuing with my series, which started off by addressing the limits of Euroscepticism, which then moved on to the limits of integration, and then dealt with the limits of centralisation, this fourth essay picks up on a theme frequently rehearsed on this blog.

To put it in perspective, the complaints we air are no mere petulant tilts at the media and its serried ranks of what we so often refer to as "gormless hacks", but a genuine concern for the continued survival of that institution of ours that seems under enormous strain – democracy.

In this context, consider if you will, my recent prophesy that the mainstream media would ignore the Galileo "overspend story". This has come to pass, although one has to admit that it was easy to make. And now consider the implications of the media not following this story, an issue which, to some extent, we have already rehearsed.

Put yourself in the appalling position of those unfortunate creatures who do not read this blog and try to appreciate that those people, if they have been following the progress of the Galileo project only through the mainstream media, will know very little about it.

They will perceive it only in vague terms as an alternative to the US Navstar system. Such coverage as they will have seen has conveyed a generally favourable view of the project, and some people may have absorbed the more extreme propaganda, that it is a "triumph for Europe".

They will be completely unaware that the cost to the UK (about £400 million, so far) or of the fact that the project is overspent and that the member states will, effectively, have to write a blank cheque to get the system fully operational. Not knowing that, and not having been told how the EU then intends to finance the operational phase – through a private finance partnership – these poor benighted MSM readers will be totally unaware of the implications.

Interestingly, one writer who is aware, is the New York journalist Taylor Dinerman, who has followed the Galileo project closely and writes about it in Space Review – a journal not often read by your "average punter".

In an article in April last year, which suggested that Galileo was heading for a massive overspend, he drew attention to the difficulties that the private companies involved would have in recovering the capital they were putting in, let alone making a reasonable return on investment. He then adds a detail which will chill the blood of the average motorist. The only credible scheme so far, he writes,

…is the idea floating around that carmakers would be forced to put tracking devices using Galileo technology in all new cars sold in the EU. The consortium would receive a percentage of the fines levied on traffic violations detected with the assistance of the system.

This may seem far-fetched but, within the EU, the far-fetched has the awful habit of coming true. Who, for instance, would ever have believed, when we joined the "Common Market" in 1972, that British troops would be wearing "ring of star" badges on their uniforms, engaged in European-led military operations in former Yugoslavia?

As regards using a Galileo-based system as a speed monitor, this is technically viable, and therefore a credible option. Furthermore, as readers of this blog know – but the general public does not – the commission has pledged to use its powers to "promote" the use of Galileo. 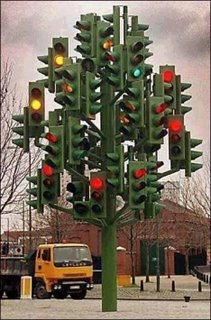 Since Maastricht, "road safety" has become a commission competence (with predictable results - see right) and it is therefore entirely within its power to propose legislation, on road safety grounds, that all new cars are fitted with the necessary technology. And enough member states, relying on the ignorance of the general population, could vote it through under qualified majority voting, without even the agreement of the UK government, much less the British people.

Clearly, if more people were aware of the implications of Galileo, and what is being done in their name, there would probably be much more concern expressed. Equally, there would be more opposition to the government's plans on police regionalisation, the implementation of the EU’s waste strategy, and on a host of other issues which are simply not being addressed.

Therefore, the point is made – somewhat laboriously – that information is vital to democracy. In that they are a – if not the – major source of general information, the media are a vital part of democracy. This has been stated by so many people, and in so many ways, that it seems barely in need of repetition. But, it seems it does.

All our recent experience shows that the media seems to have retreated from its role as a provider of serious information – that level of information that is necessary to make a democracy work – and descended into the entertainment industry in a vain attempt to amuse the population and thereby increase its business.

Perversely, the strategy does not seem to work. Even the flagship BBC radio Today programme has lost audience and every single newspaper is experiencing a decline. But the BBC, unlike the "dead tree media", cannot claim that its loss represents a decline in radio audiences, In the same period, listeners to the BBC 3 classical music programme have increased to record levels while its competitor, Classic FM, has reached stratospheric proportions.

The website Editors weblog offers some insight into this phenomenon, and also records – to our delight - that the phenomenon is widespread. The New York Times, for instance, has lost close to 20 percent of its readership since 2001. 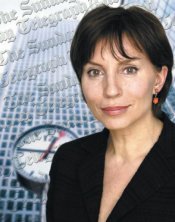 Of very great interest, however, is the fate of The Sunday Telegraph. Only two months ago, after reinventing itself as a "lifestyle magazine" under its new editor, Sarah Sands, it is strongly rumoured that its already declining circulation has lurched to a new low, with 50,000 copies lost since the relaunch.

On the other hand, if there is a growth sector in the information business, it is the internet. But the greatest beneficiaries are clearly the blogs – with some American sites showing exponential growth. Look, for instance, at Little Green Footballs which from its start-up on its present site in February 2001 has now logged nearly 53 million "hits" and is currently taking nearly 105,000 a day (sigh!). Its last posting (at the time of writing) took 1,162 comments. 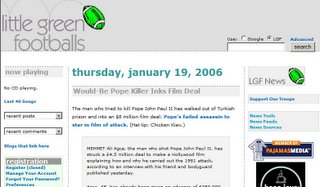 This site, of course, is one of many with hit rates in the millions and the phenomenon seems to be catching on over here. Our readership is growing, but then so are the figures for other British blogs. This is, presumably, why the "dead tree sellers" are so worried.

But, instead of addressing their own deficiencies, the tree morticians are, like Sarah Sands, misreading the signs and rushing to "dumb down" their copy even further, only to be rewarded with continuing sales falls.

The problem is that blogs are not actually in competition with the MSM. We have a symbiotic relationship and can never seek to replace them. But, judging from the decline in the number of readers and listeners to news coverage, the MSM is in terminal decline. Already, that must be having an effect on our democracy and the further decline can bode no good.

It would be nice to think that, if some revisited their core values, and started to provide good quality coverage, the decline could be reversed. If not, it seems the media has reached the limit of its capability to service the market for information and, by inference, democracy.

In its own way, therefore, the media - or its decline - is as great a threat to our democracy as the European Union.