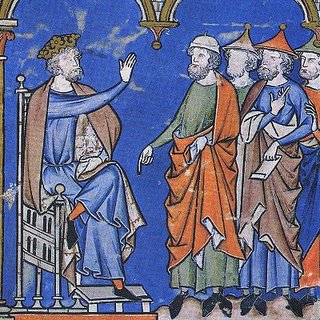 Graham Bowley in the International Herald Tribune has a cute little story today, full of the aaaaah factor. Well, sort of. It seems that

“When property developers in Valencia in eastern Spain started exploiting a local law to force landowners to sell land against their wishes, locals and foreigners who had bought vacation homes in this sunny part of southern Europe did something that might not occur to most Europeans - 15,000 wrote letters to the Petitions Committee of the European Parliament in Brussels.”

Well, ain’t that something? And what happened then? The benevolent European Parliament graciously responded to the people of Valencia:

“On Dec. 13, the Parliament responded by declaring Valencia's government in breach of human rights and urged it to change the law.”

One assumes that Valencia’s government is elected by the people of Valencia. Would it not have been a better idea to try to change the local legislation, if, that is, it was as unpopular as the 15,000 people in question thought? Is that not what democracy, accountability and, yes that dreaded word, transparency are about?

It seems not. As our readers will recall, one of the arguments advanced by Europhiles for the benighted Constitution (whose return to our political life is imminent) was that it actually gave people more rights. How so? Well, various articles gave the people of Europe the right to petition the Commission to introduce or change some legislation, as the Commission saw fit.

This reminds one of the theory and practice of mediaeval kingship. The king was the all-powerful but also all-merciful ruler. If there was a grievance against local landowners, magnates, robber barons, magistrates and whoever else may have been oppressing one, the obvious answer was to throw oneself at the king’s mercy, who in his benevolence would (possibly) sort matters out and grant one justice or just plain property.

I must confess that I was under the impression that modern democracy had developed into a somewhat different system. In other words, the rulers are now supposed to be accountable to those they rule and can be dismissed if they do not behave in the way they are expected. Should the people not want to dismiss them, they have nobody to blame but themselves.

Bowley, who is something of a flag-waver for the European project, thinks that the concept of petitions is rather a good one:

“The European Union may be under a cloud following the rejection of its proposed constitution, but if it is to reconnect with its citizens the Petitions Committee could be of particular help.”

Never mind that people voted to reject the constitution; never mind that what they are being offered in return is a benevolent tyranny in return; this will reconnect the EU with its citizens. Boston tea party anyone?