The limits of integration 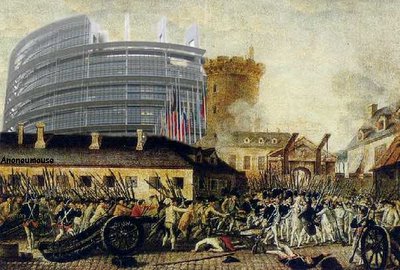 If Euroscepticism is in trouble, so it seems is European integration – at least on the classic Monnet model.

Last July, we wrote a piece entitled "straw in the wind" on the back of the rejection by the EU parliament of the patents directive, pointing out that this setback was by no means unique. The commissioners also were having trouble agreeing amongst themselves on the direction of certain legislation. 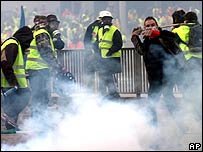 Now, with dockers storming the Bastille of the EU parliament in Strasbourg – where 10,000 demonstrated yesterday- setting fire to cars and smashing the windows of the parliament building - and with Europe’s biggest ports still being disrupted by hundreds of striking dock workers over the ports directive, it seems that the troubles won't go away.

It seems that the parliament – which votes on the directive tomorrow – is set once again to reject the commission's proposal.

Nor is this anything like the full extent of the commission's potential embarrassment. Having thrown out the software patent directive last year, proposed directive, by 648 to 32 votes, an increasingly muscular parliament looks set to do it again as Charlie McCreevy, the internal market commissioner, is preparing next Monday, to make “one final effort” to resolve years of deadlock on this issue.

But the really big fight is going to come when the commission tries to re-introduce the services directive, with the unions already girding themselves for the battle – for which they will receive plenty of support of MEPs.

Their determination to block this legislation will be somewhat reinforced by The Times today, where it is reported that "Polish plumbers split EU as trickle turns into flood". 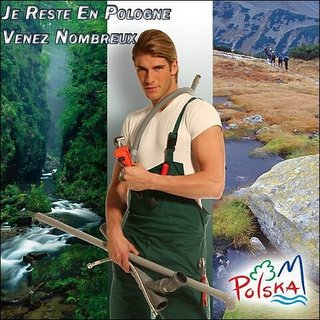 Fresh divisions, writes Anthony Browne, are opening in the European Union over allowing plumbers and other workers from the new member states of Eastern Europe the right to work in the West. The two-year ban on Eastern workers imposed by 12 of the 15 old member states on 1 May 2004 is coming up for review, provoking tensions between the old and new member states.

Crucially, the commission itself is divided, and Browne reports that there were angry exchanges at a preliminary meeting of Commissioners to discuss the report last week. Vladimir Spidla, the Czech commissioner for social affairs apparently insisted that the old member states must open up their borders, while Benito Ferrero-Waldner, the Austrian commissioner led the camp that wants to keep the controls lest a flood of cheap labour destroys existing jobs. One EU official declared: "Blood was spilled."

The services directive, which aims to permit workers from the new accession countries to work in "old Europe" while working to their own domestic labour laws, can do nothing but add fuel to a growing fire.

But the most interesting point about the services directive is that there should actually be no need for it. Freedom of movement and "right of establishment" are central tenets of the European Community, and are enshrined in the original 1957 Treaty of Rome. It thus demonstrates that, behind all the rhetoric for "ever closer union" when it comes to the application of the Union principles, the colleagues are somewhat less than enthusiastic about putting them into practice.

Thus it is that the commission, in spelling out the requirements of the treaties, in the form of the services directive, is heading for a massive confrontation with the member states when, as happened in Strasbourg yesterday and, metaphorically in Brussels last week, blood will be spilled.

In crucial respects, therefore, the European Union seems to be bumping up against the limits of integration. Maybe, in the not too distant future, we could see yet another storming of the Bastille.