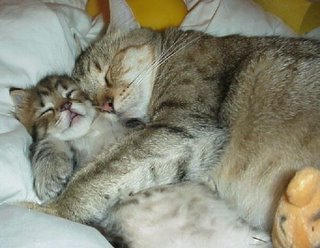 It seems that some of our readers are having difficulty coming to terms with what this blog is about – which is hardly surprising as we too have difficulties in understanding and defining our role.

Originally part of the informal "no" campaign for the expected EU referendum, it has since embraced a wider role. It is emerging as a running commentary on the growing failure of our democracy – of which our membership of the European Union is but one symptom. We hope that, by highlighting the deficiencies in the system, we might better understand what is needed to deal with them and, at the same time might motivate others to address them.

Since, as we pointed out in an earlier post, the media plays a pivotal role in the maintenance of a functioning democracy, the failures of the media are necessarily an important part of our commentary. This is not because, as some have implied, we feel that blogs have any inherent superiority – we acknowledge that they are a different medium from the MSM . It is simply that, by highlighting the deficiencies of the MSM, we hope that somehow they will get the message and improve.

Speaking personally, although blogging is tremendous fun and highly rewarding, there is a part of me that resents the time spent doing it. On a Sunday morning, for instance, a far more pleasurable pastime would be – as of yore – to occupy the time with a leisurely read of the papers and then devote the rest of the day to relaxing before the busy week ahead.

Instead, one scans the dead-tree media in an ill-tempered miasma, fulminating at their inadequacies, only then to trudge upstairs to the computer and find out – as best one can – what is really going on, from the internet. That then becomes the pattern for the week. I buy only one newspaper on weekdays, when I used to buy at least two and sometimes three – as well as listen and watch avidly the broadcast news.

Now, I can hardly bear the broadcasters and read listlessly the one newspaper, simply because I must have something to read while I take my morning coffee and bacon butty. Thence I trudge upstairs to find out what is really going on in the world.

There would be nothing better in my life, I sometimes feel, than to revert to "the good old days" when it seemed possible to read the newspapers and listen to the news to find out what is going on – what was important – and then get on with life, guided by the knowledge that one had acquired. Should that happy day ever arise again – if indeed it ever existed – we could give up blogging and get back into the real world.

That said, this post started off as a short introduction to a critique of an article on "electric armour" which appeared in The Sunday Times this morning - but it growed somewhat. What's the connection? You'll see when we put up the post.