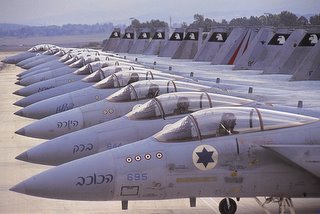 The Social Affairs Unit has put up a post on its blog from “bestselling author and freelance journalist” Douglas Murray, author of Neoconservatism: Why We Need It.

Israel, he continues, is the only country with the capacity and political will to carry out this vital operation: the "international community" will not act decisively; the situation in Iraq makes it all but impossible for the USA, or the UK, to take military action against Iran. If Israel bombs Iran's nuclear facilities, this will have appalling repercussions - but the alternatives are much, much worse.

We do not disagree with this thesis but, unfortunately, the reason why Murray believes a strike is so urgent is horribly flawed. As early as March, he retails:

…Iran will have the capability and expertise to enrich uranium in the quantities required to make a device. This is the point after which our options are appallingly limited. Once it has its uranium, Iran can develop its bomb, and do so safe in the knowledge that no foreign power will risk attacking a reactor once it has gone "hot".

Deconstructing this passage, which forms the core of his thesis, what Murray seems to have done is assume that the "reactor" is a part of Iran's uranium enrichment capability. 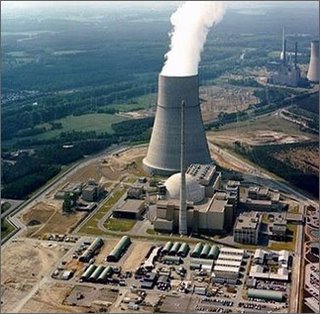 There are, in fact, two reactors, at Bushehr, in southwestern Iran, located on the Persian Gulf. One is has not been worked on for some time and is not currently scheduled to be completed, but the other in an advanced stage of completion and may be on-line in a couple of months.

But, as one of the commentators on the blog points out, Iran is just developing a U-235 weapon it does not need a reactor, only uranium super-enrichment facilities. Weapons-grade U-235 neither needs nor is useful for a reactor. A reactor only comes into the equation if Iran decides to pursue the Pu-239 weapon type as well – which is not the case. 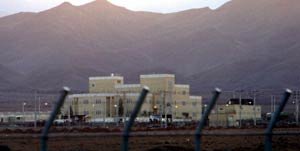 And it is those enrichment facilities which will have to be the Israeli target. They are based at Natanz, which is located in the northwestern Iran, about 130 miles south of Tehran, although work is dispersed throughout as many as 25 or more other sites. The status of the Bushehr plant is irrelevant.

Furthermore, the best estimates are that Iran will take at least two, more likely three years to enrich enough Uranium 235 to make a weapon, and more yet to a weapons system with arsenal plus delivery.

It is a pity, therefore, that Douglas Murray makes this his central point, as the case for an early Israeli strike needs to be made. A more persuasive argument is the expected delivery by the Russians of SA-15 Gauntlet anti-aircraft missile systems, and issue which has been rehearsed on this blog here and here.

Murray, however, does not stop there. He suggest that the Israeli Air Force might make multiple raids over an extended period. This is hardly credible. No strike could take place without, at least, tacit US approval but, at least, the US could deny complicity - albeit not very convincingly - if the IAF carried out just one strike on the grounds that it had been caught by surprise.

Multiple strikes, over a period, would prove (or be taken as proving) direct US involvement and put the United States in the front-line as a co-belligerent. This would not be politically sustainable.

However, in a single strike raid, however, the IAF is at a serious disadvantage. Unlike Osirak, it would have to split its forces to hit near simultaneously multiple targets. This means it would not be able to achieve local defence saturation - leaving aircraft highly vulnerable to anti-aircraft defences.

Therefore, the best - and possibly only - chance of the IAF carrying out a raid successfully is to do it sooner rather than later. The timetable will depend, more than anything else, on the delivery schedule for the Gauntlets and the time taken for the Iranian forces to get them fully operational. That may in a few months, but it may be longer.

Incredibly, though, the media is still completely failing to address the Russian arms supplies to Iran, which have increased five-fold since 1994 and account for over 90 percent of Iran’s arms imports. I caught on a BBC bulletin today, a comment that Russia was anxious that economic sanctions should not be imposed on Iran, because "it might damage her trade", but – of course – the Beeb failed to state that a massive amount of that trade was in arms.

That sentiment is also conveyed in The Times today, with the headline: "Kremlin says Iran sanctions not the solution". Russia has broken ranks, it reports, saying that sanctions were not the best way ahead.

I am completely at a loss as to why the MSM (MainStream Media) has so totally lost the plot on this issue and rather regret that Murray has said the right thing for the wrong reason. It has not helped.