No longer a myth 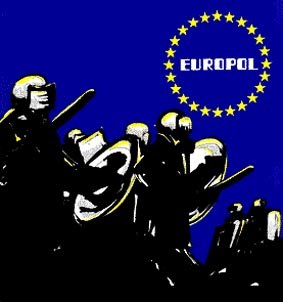 It was all agreed in November 2004 and now the next stage is happening – Europol is on its way to becoming an operational force, following a decision by interior ministers in Vienna yesterday. This is according to the BBC website, which tells us that the ministers have taken to next step, giving it an operational role in investigations.

The 2004 plan was set out in a document produced by the then Dutch presidency under the somewhat unwieldy title of "Draft multiannual programme: The Hague Programme; strengthening freedom, security and justice in the European Union" (see here).

In that plan, the member states agreed "…to realise the potential of Europol" and to implement in full the EU action plan on combating terrorism, "…notably that enhanced use of Europol", extending its then current role of providing expertise, information and technical support.

Following the meeting in Vienna, the EU's "anti-terror co-ordinator", Gijs de Vries, said there was a general desire to now see Europol take on an operational role and, in the name of counter-terrorism, he declared, "we need to give Europol clear competences." One the decision is ratified an amendment to the Europol Convention, "its officers will be able to go to the place of a crime, search or confiscation and to advise national authorities what to look for," says Europol Director Max-Peter Ratzel. 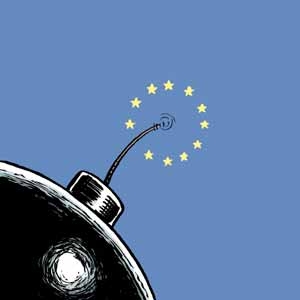 And so it goes on, little step by little step, an unexploded bomb in the heart of our democracy.

And at each step, the "colleagues" deny that the ultimate objective is a federal police force. But we know enough of how the EU works to know full well that that is the destination.

And we are not alone in our concerns. The first illustration comes from a Spanish website and the "bomb" from a Dutch article about Europol.

This is not, therefore, another "Eurosceptic myth". A European police force is being formed under our very noses and, whether we like it or not (not), the colleagues intend to have their way.